Egypt and the Power of Social Media

When a government feels threatened it first shuts down the common man's ability to communicate. With the global span of the Internet this has become (almost) impossible. 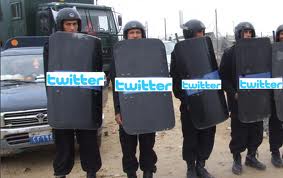 It has been rumored that Ben Franklin once said that democracy is great, but it shouldn’t be given to the people. Ben, just like many in his “elite class” of aristocrats comprised of the political, religious and monetary establishments have always tried to keep the genie of progress in the bottle.

This thought came to me the other day when I was in a discussion with 2 travel professionals about Egypt, a country which primary economic interest is Tourism. I know the country quite well, maybe I should restate that by saying, I knew the country quite well in my younger years and its recent explosion into a form of revolution against the Mubarak regime did therefore not come as a surprise to me, when we first learned a week ago that the government had turned the Internet off for the people. It’s the expected move of a regime.

Technology however is everywhere the friend of the common man, starting with fire and the wheel. Even though political and religious elites – the Atillas and the witch doctors of the world – always try to keep the genie in the bottle. The printing press, gunpowder, the automobile, the computer – the elites have always hated these mass facilitating inventions, and don’t want the common man to have them. Radical new technologies always work to overturn their status quo.

Well, the Internet and Social Networks are now organizing the masses. Twenty two years ago the fax machine was an instrumental factor in the Soviets losing control over their “Evil” empire. It was a time before cellphones, smart phones, camera phones and the internet.
Yet the same will happen in Egypt and actually in the large majority of Muslim countries. But the speed is now much higher than 22 years ago. The movement started in Tunisia recently and is now rapidly covering the Middle East.
Having already witnessed the useless waste of government three decades ago, my best guess is that the Egyptian revolution is much more about progressive-freedom than any revolution we have seen in the past. We’re watching chaos theory in action. It could happen in Pakistan, a strong candidate, because it isn’t even a real country – just a hodge-podge put together by an imperial power; Algeria and Libya are two other highly repressive regimes that are on their way out. And Saudi Arabia probably poses the biggest risk. And that’s why this is not a Middle Eastern problem, as it could quickly become a worldwide conflagration, especially if a keystone like Saudi Arabia falls.

And here is why I think that will happen:

First, these regimes are not the only highly repressive ones. Even though every regime in the Arab world is corrupt, backward and repressive, beyond that we have a few other places like Algeria, Lybia, Morocco, Myanmar (Burma), Zimbabwe and a host of other countries that are entering the stage of “catching up with the rest of the world”.

Second, with the communications and especially the travel revolutions of the last few decades, the people in these places know they’ve been getting a raw deal and suffering a lower standard of living than much of the rest of the world. It was one thing, in the old days, to live from hand to mouth and get beaten by the ‘police’ if you stepped out of line. People kind of thought that was the natural order. But now they can see people in the west live vastly better, and they aren’t going to take it any more. We saw a similar pattern in the 1980s, when East Germans could watch West German TV, and quickly learned that there was a better world than the oppression they lived in.

Third, with Facebook, Twitter, cell phones, text messaging, and so forth, people can actually organize action on a massive scale far easier, faster and cheaper than ever before.

This doesn’t mean that Social Media initiate civil unrest, it just facilitates it, which is why it was an idiotic move for the Mubarak regime to shut the country’s Internet Hosting companies down. Now 10 days later, the Host companies are back in operation and the revolution stays alive because of the sheer energy of the protesters.

Access to the Internet has become a milestone accomplishment all over the planet, yet, at the same time we’re learning these lessons, there is an idiotic and counter productive move from the US Department of Justice in connection with Homeland Security’s ICE (Immigration and Customs Enforcement) to shut down sites they they deem dangerous to US interests. Last week it was a Spanish site called Rojadirecta.org. Rojadirecta is known as one of the world’s major Internet sports broadcast indexes. The site links to broadcasts of many popular soccer matches plus other sporting events including NBA, MLB, NFL, NPB, IPL. Ironically, a site like this with a million visitors a day prepares for any shutdown, so the company created shadow sites with .com, .es, .me and .in, which are hosted outside of the US. They realized it’s never good to have all your eggs in One Basket , so only One Egg, the .org was hosted by GoDaddy here in the bastion of Freedom. Many American companies are starting to look offshore to host their internet presence to avoid becoming the victim of government pressure. That’s what the Internet is all about; a global communication and interaction network. And so we learn that the pressure from governments to control the Internet is not exclusively reserved for dictatorships.

With reportedly 2 billion people on the Planet in one way or another accessing the Internet, this move from Washington is downright stupid and it certainly doesn’t support bi-literal relations with Spain either, where Courts already ruled several times before (under pressure from Washington lobbyist, complaining about copyright infringements) that Rojadirecta does not broadcast copyrighted material, but simply re-routes HTML material that is already available on the Net.

In the bigger picture what truly amazes me, is that all these Bright Boys in Washington still not seem to get a clue. They supported dictators in Latin America until they got thrown out. They supported the Shah of Iran until he got thrown out. They supported Saddam Hussein and then ended up turning on him themselves. They supported Pinochet, Noriega and dozens of others and got Egg all over our collective faces by association. And they still support some of the most brutal regimes in the world today, turning much of the rest of the world against us.
Thomas Jefferson, which I consider one of the 3 best Presidents in this country’s history (yes I know it’s an opinion) mandated: “Peace, commerce and honest friendship with all nations; entangling alliances with none.” 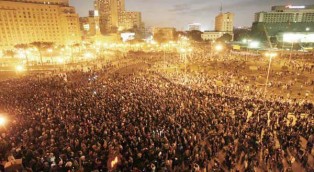 That’s how the world looked at America (republic) before it became the U.S. (empire). The price for this will be a high one, because next to Egypt, other Muslim countries such as Libya, Algeria and the 800 pound elephant Saudi Arabia are next on the list – Social Media or not -, and that will threaten our lifestyles a lot.
Thankfully I am an optimist, and as such think we are entering an Endgame of sorts.

Whatever happens is going to happen, and there won’t be much the U.S. can do about it, because all this nation-building empire nonsense is horrifically expensive and the U.S. is already tapped out trying to rebuild Iraq and Afghanistan – not to mention Detroit and New Orleans. It’s “game over” for Mubarak and soon it will be game over for Saudi Arabia, a medieval theocracy/kleptocracy that has no place in today’s society.

In a few years, the US will be financially unable to meddle anywhere, because there simply won’t be any money to pay for it. The Fed’s own projections say the entire budget will be consumed by Social Security, Medicare, Medicaid and interest on the debt, with no money even for the military, unless something is done soon, like in pulling out of our meddling commitments to Global Dictators United. There is no politically feasible way to cut spending on those programs. Does that mean the U.S. Navy will wind up rotting at the dock, like the Soviet Navy? Beware Jacksonville. It will be interesting to see. Either the roughly $1.5 trillion for “defense” goes, or the $1.5 trillion for Social Security, Medicare and such goes, or interest on the national debt goes, or the scores of federal agencies go…

At this point, the U.S. budget is like Wile E. Coyote after he’s run off the edge of a cliff. His legs are still rapidly treading air, but his mind hasn’t registered yet that the Fall is inevitable.