The first step in getting electricity into your home involves harnessing energy into a usable form. 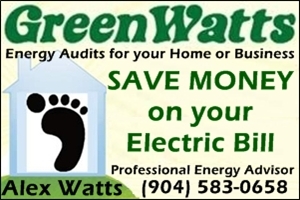 Okay, so you’ve seen power lines running along big telephone poles down the sides of your streets and you know that they carry electricity to your home. For most people this is all they care to know, but for all of you information junkies and aspiring Jeopardy contestants I’m going to give you a little more in-depth explanation of what exactly that electricity is that’s being carried along those lines down to your home and running the computer you’re reading this from.

Let’s start from the beginning of the line: the creation of energy. You see, energy is everything and everything is energy. The first law of thermodynamics says that energy cannot be created nor destroyed. However, that first law says NOTHING about your ability to change, manipulate, shape, fold, and direct energy into your own personal use. On the one hand energy is all around us and there’s only so much out there… it’s called the universe, and everything you can see to everything you can’t see is energy, in some form or another. So the first step in getting electricity into your home involves harnessing energy into a usable form. That’s what power plants do.

The power plants have this energy in a usable form and they have to get it to your house in an uninterrupted, continuous supply so you can keep reading this article without the lights going out, and so that they can trade that electricity for some of your hard earned money. So they’ve erected these giant wooden poles down the sides of roads and across the migration routes of all sorts of critters. And they’re sending electricity along those big fat black wires all the way to your neighborhood. The electricity in those wires is at about 600 Volts. What’s a Volt, you ask? Well, there was this Italian physicist in the 1700’s named Alessandro Volta who is credited with inventing the first battery (yeah, yeah what about Egyptians and clay jars…). Long story short, Mr. Volta did a whole lot of research with capacitance and for all his hard work history credited him with naming the unit for electrical pressure after him. So the Volt (named after Alessandro, get this: Alessandro Giuseppe Antonia Anastasio Volta…his full name, wow!) is a measure of the pressure of electricity. Think of pressure like putting your thumb over the end of a water hose. What happens when you put your thumb over the end of the water hose? Yep, the water comes shooting out faster, just in a smaller stream. This rate of water coming out of the hose with your thumb over it is like electrical current. It’’s comparable to the number of little H2O molecules running through the hose. And as pressure (Volts) goes up, current (Amps) goes down. Oh yeah, current is measured in Amperes… named after another guy, this time a French mathematician from the 1700’s. So basically, keeping the voltage at about 600 allows the power company to regulate the flow of electricity (or ‘electrical charge’ for those of you who want to get specific) at a fairly low current. But why do we want a fairly low current running through those giant wires going down the sides of our roads? Well, since you asked, it’s because if the current were higher those big fat black wires would have to be even bigger and fatter to hold all that current. And since the wires are copper wrapped with black rubber, that would mean a lot more copper would be needed…and copper’s not too cheap. So basically it’s cheaper to run low current, high-voltage because you can use smaller wires.

The electricity in these high-voltage lines is in a form called alternating current (AC). Alternating current means that the current or ‘flow’ of electrons goes one way then the other, then back the same way, then the other way. It does this back and forth action at a rate of 60 times per second, and this back and forth action is measured in Hertz (named after a German physicist this time). But if the electrons just keep moving back and forth, how are they flowing down the lines and into your home? Well that brings us back to Voltage. When you have things plugged into your wall outlets, those things also have a voltage. But because their voltage is much smaller than the voltage on the power lines, the electricity flows from the higher voltage to the smaller voltage, thus running your electronic devices.

Now you’ve also heard of Direct Current (DC), right? It’s not much different than AC except that it doesn’t do the back and forth action. The electrical charge just moves along the wires in one direction. Oh, that seems so much simpler! Why aren’t the high-voltage lines DC instead of AC? Basically, it comes down to back in the 1800’s when power lines were first installed. A company called Westinghouse had the patent rights to a whole bunch of electrical transmission processes and started setting up their power lines before anyone else could get in the game. And their transmission processes just happened to revolve around AC power rather than DC. That was the start of the U.S.’s infrastructure to power lines and things basically just followed in suit ever since because they built so much infrastructure that changing over to DC just wasn’t economical.

Now that you have a cursory knowledge of electricity you can begin to think about some of the problems that are associated with it. First and foremost being the way the world creates it at the power plants. Electricity is vastly refined from non-renewable resources like fossil fuels… which means that there’s only a limited amount in the world and we will run out. Problem is, as we get closer to running out of these resources the prices will go up. And as we get even closer to running out there will be battles fought over the rights to the last remaining reserves of these resources. Then still, at some point, the reserves will be gone. Not to mention that many fossil fuels are horrible pollutants. So how do we generate electricity forever if we only have a limited supply of fuel? Well, that’s where the beauty of renewable resources comes into play. Things like solar panels, hydroelectric dams, wind turbines, and biofuels are becoming prominent in electricity production and will begin to be the main source of electrical energy.

Until that time, we just need to be a little less wasteful with our current electricity usage levels. My name is Alex Watts and I run a small company called GreenWatts that, right now, is focused on reducing the amount of electricity you use at your home. For more information, give me a call at (904) 583-0658.