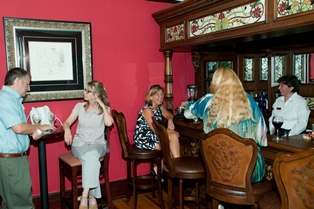 Amelia Island, FL At their June meeting, the members of the European American Business Club listened with interest to Myrta Defendini, one of the owners of the Hoyt House, as she was telling us a little bit of the background of the building.

This ten bedroom mansion, which is one of the treasures of downtown Fernandina, had been built by entrepreneur Fred W. Hoyt. 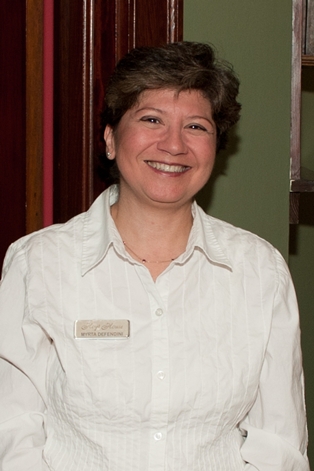 He was a former school teacher, newspaper editor, church Deacon, grocer and ship chandler who arrived in Fernandina in 1879 from New Hampshire. Hoyt also founded the First National Bank of Fernandina. The Hoyt House was completed in 1905.

According to Myrta the Bed and Breakfast also houses a young resident ghost which is actually quite nice. 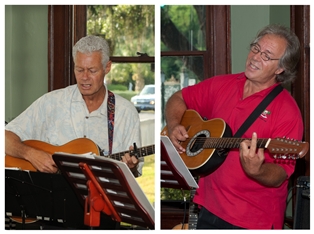 The group was entertained by the local duo Evolution. Han Ramakers and Dave Ferraro played hits from the 60s, 70s and 80s. The two man band started back up several months ago and has been appearing everywhere.

Dave has been playing and writing music for several decades. Han, originally from the Netherlands, is a “product” of the Dutch rock and blues scene dating back to the bands “Focus” and “Golden Earring” in the 70s. He is also busy organizing and promoting the Amelia Island Blues Festival which will take place in September.

The European American Business Club meets the second Wednesday of each month at locations that are announced via email and on the website.