Eurozone and the Florida Economy 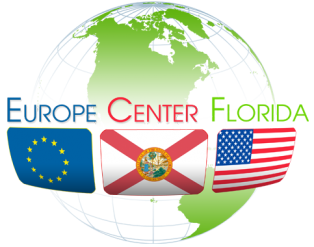 As California is the U.S. Gateway to Asia, so is Florida to Europe and South America. Earlier this month on the occasion of the 60th Annual Europe Day, Florida Governor Charlie Crist met with members of the European Union (EU) Consular Corps of Florida to discuss Florida-EU relations, including trade exchange and investment opportunities, as well as social and cultural ties. The Governor was briefed by each representative on the current political and economic conditions throughout the EU, and discussed new opportunities for business collaboration.

As European companies are actively looking for new strongholds on this side of the Atlantic, more and more the focus moves to Florida because of several geographic and climatological advantages. South America, a 55 million market strong Caribbean Basin, a renewed functionality for the Panama Canal with its 2014 expansion completion, the impending normalization of Cuban relations; there is much for European companies to consider Florida.   Florida and Europe already share strong relations in trade, investment and tourism.

Governor Crist was briefed by Consuls General Gael de Maisonneuve of France, Antonios Sgouropoulos of Greece, Lucita Moenir Alam of the Netherlands, Santiago Cabanas of Spain, and Kevin McGurgan of the United Kingdom who were in Tallahassee for a series of meetings in honor of the 60th annual Europe Day. Many Americans do not entirely understand the construction of the European Union as the political, legal and economic union of 27 European member states with a population of nearly 500 million people and a combined Gross Domestic Product of $16.1 trillion. Statistics used here in the US still separate these numbers between former independent economic entities such Germany, France, the UK, the Netherlands, Spain etc. But the European Union is the largest economic producer in the world. To further understand the current problems with the Euro, this is the currency of 16 members of the 27, who decided about 10 years ago to form the Eurozone with one currency.

Here are some Florida-EU Fast Facts:

Europe means a lot more to Florida’s well-being as is generally assumed, a fact that is further underlined with the assessment that in 2008 a good one third or 101,000 home purchases of all Florida residential real estate transactions, had international buyers and 73% of those were European.

Especially the Jacksonville area is in the focus of European expansions into Florida.