Facebook’s Search for Relevancy May Embarrass You

Every Facebook user should know that with social media search being the major source of marketing data, Facebook privacy is a mute issue if you're not careful. 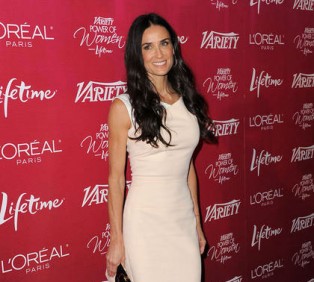 Beware how Facebook spreads your interests across the internet.

Facebook may be the 800 million pound gorilla in cyberspace, but the Social giant’s share of the search engine market is almost non-existent. As a matter of fact, it’s not even worth measuring compared to search leaders Google and Bing. This means that Facebook is leaving a lot of gold nuggets on the table, considering that Social Search is the future of all marketing and communication. Growing a College Kid’s dream into a serious company, Zuckerberg and his advisors must have been a bit frustrated with this shortcoming, having 800 million users, yet are a non-entity in the search market? The reason: private data.

Since day one, Facebook has had a lot of data, but it has been mostly private. You could only see a person’s wall posts, for example, if you were friends with them. The limitations of private data made Facebook a weak search engine and subsequently resulted in very little usage.
Last week Facebook made a string of announcements that makes it clear Facebook is making it a priority to solve this problem. Facebook has made changes to users’ profiles to empower users with different sharing options. Now, on a message by message basis, users can select if they want an update to be shared with only one person, all of their friends, or the entire PUBLIC. That last option is huge. It makes the available pool of data and results available for Facebook search much greater.  For Facebook, to stand any chance in the battle for search engine usage, it has to encourage more users to share public data. And that’s what Zuckerberg tried to get across during his “show” in San Francisco, by implying that personal data should be available, after all we have nothing to hide. Or do we?

More ‘Likes’ Are Critical to Leveraging Facebook for SEO

One of the best default functions of Facebook is that data for business pages is public and open to everyone by default. However, there is more to leveraging Facebook for SEO beyond simply creating a Facebook Business Page.
Social search is really about more personalized search engine results. By analyzing information that your friends, followers, and connections have looked at online, search engines can not only provide better recommendations for a keyword you entered, but it can also tell you that a certain connection found this content valuable.
Because search in the future will be personalized and results will be based on social recommendations, it is important to start building reach today. Sure, all businesses want more people to like their Facebook page. These Likes are worth far more than vanity in a popularity contest between you and your competitors. Likes are also your pathway to getting more people to see and recommend your content. More importantly, in the world of social search, Likes are the new inbound links and will help search engines recommend your content to more people attracting new visitors and leads to your website.

Social Search Is Only Getting Started

Social search is young. It can’t even crawl yet. A lot is going to change as Google, Bing, Microsoft, Twitter, and companies that we haven’t even heard of yet battle in the years to come. One thing that won’t change is that search is only going to continue to get more personal. Social media will be the major source of data that drives search personalization.

In general I would say I don’t hide much of who I am and what I stand for, quite in contrast to my younger years. With the arrival of the internet in the rearview mirror almost 2 decades ago, I realized that privacy was a thing of the past and it would be better to dust off the skeletons in the closet and open the door ajar. There is a parallel between a fugitive hiding in a big city and people burying their privacy in an onslaught of information. The shear quantity of information available is a natural protection barrier until you stick your head out of the cornfield. And the new Facebook has a feature that may just do that for you unwittingly. Yesterday Pete Cashmore gave a clear warning on Mashable you will want to familiarize yourself with.

If you don’t have the time to read his entire essay, here is in a nutshell what you’re facing. Going through Yahoo News this morning I clicked on a picture of Demi Moore, being in the news now that her husband Ashton Kutcher has taken over Charlie Sheen’s role in the CBS hit series “Two and a Half Men”.  Rumors of a split between the two are imminent, kind of like Will Smith and Jada with a reference. Three clicks later I’m looking at pictures of Demi Moore in bikini on a Jacksonville beach while filming the 1997 blockbuster G.I. Jane.

Here is the clincher, if I would have left my Facebook “add to timeline app” on, my Facebook friends and the rest of the world would know what I was reading and looking at this morning. In my case quite innocent, because I never knew that G.I. Jane was filmed in Jacksonville (my keyword), but you and the world out there may have thought I was just another “dirty old man.”