Farm to Table at the Ritz Carlton Amelia Island

When a quality brand like the Ritz Carlton puts its stamp of approval on farm-to-table dining, we may safely assume that a fad has turned into a trend. 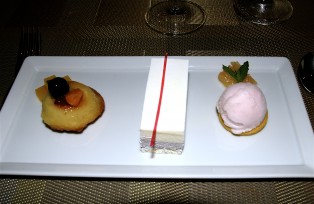 The Farm-to-Table Movement is not exactly brandnew, but when a Brandname like the Ritz Carlton puts its stamp of approval on sustainable dining, than you may safely assume that a fad has turned into a trend.
The farm-to-table trend brings food grown or raised by local and regional farmers, fishermen and cattle raisers to restaurant kitchens for economic and environmental good, without compromising the quality of the dish.

Several weeks ago the executive chef of the Amelia Island Ritz Carlton, Berlin born Thomas Tolxdorff, did just that…put the considerable recognition of the RITZ CARLTON cuisine under the effort. To be fair, chef Tolxdorff, who has been with the Ritz Carlton here on Amelia Island for 10 years, has introduced sustainable cuisine methods ever since he arrived here. The sweeping movement of Farm-to-Table in recent years just now caught up with his philosophy of relationship building with the origins of what you serve your guests.

At a pre-dinner media conference, Chef Tolxdorff introduced four of his sustainable, organic suppliers to media representatives, during which presentation it became clear that the Ritz Carlton has a much wider approach to the term “local” than a local family owned restaurant such as for example 29 South, which grows produce sustainability in its own backyard. Different logistics, constant quality and numbers make it essential for chef Tolxdorff to find the right balance of what can be produced consistently on a local/regional level, combined with personality and quality consciousness of the supplier. Building lasting relationships with his original supply sources is Thomas Tolxdorff’s secret to sustainability and quality.

Any self respecting chef, whether in a luxury resort or  family owned specialty restaurant, wants to know his suppliers rather intimately, in order to feel good about quality, safety, availability and attention of the supplies he or she uses to build into dishes and the supplier needs to be open to accept guidance and suggestions from the Chef in terms of quality and sustainability. An important part of the Farm-to-Table philosophy is the elimination of the middle men.

Farm to Table is an exciting reconciliation of traditional methods, organic methods that were the everyday approach to farming,” said farmer Lee Jones, explaining that until refrigeration and interstate trucking came along, small farming units were the ones supplying area restaurants and supermarkets with wholesome fresh produce.

Obviously a pro on the promotional circuit of Farm to Table, The Chef’s Garden’s amiable owner Lee Jones is proud of what his family has accomplished after going through the calamity of losing their farm to industrialized produce provisioning in the late 1960s. Today he and his family oversee organic growing of some 600 varieties of heirloom and specialty vegetables, micro greens, herbs and edible flowers on their 150 acre farm in Huron, Ohio. The Chef’s Garden is the leading grower of artisanal produce in the United States for the World’s Top Chefs, born from a philosophy of “growing vegetables slowly and gently, in full accordance with nature. 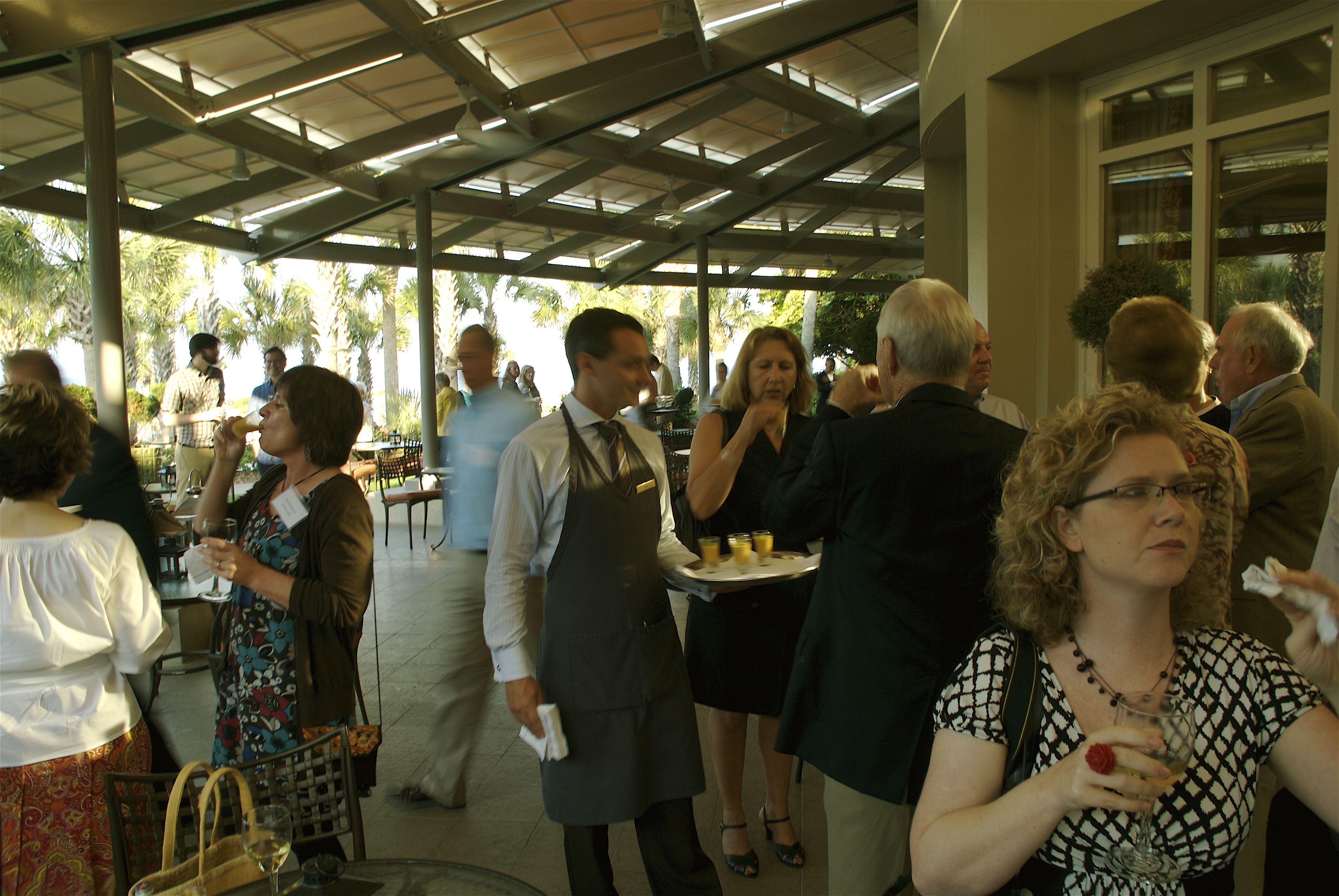 Odessa Florida based Cahaba Clubs specializes in hydroponic growing of Micro Greens, Herbs and vegetables, tiny greens and lettuces and pea shoots. Owner Marvin Wilhite quipped in his introduction that this was only the second time he had ever walked into the front lobby of a Ritz Carlton, the first time was on his wedding night. He began Cahaba hydroponic growing in 1999 and proudly proclaims that even though water is his “secret” for growing organic produce, -nutrient enriched water delivered directly to the roots via micro drip irrigation-, they use less water than typical growers. 10 Acres of environmentally controlled greenhouses deliver a superior quality product, that is harvested daily on a cut to order basis and shipped nationwide. The primary use of Cahaba products is enhancing signature dishes with a unique and flavorful condiment.

Gary Reed is not only a man you can see as the personification of seafood, you also know instantly that in front of you as the real man. No show, no pretense, just a fisherman who began selling his fish out the back of a truck more than 20 years ago. He would drive his catch straight to the Orlando restaurants and filleted the fish right on the truck. There was no way to be fresher than that. Since then Gary’s Seafood Specialties has grown into one of the most respected and trusted fresh seafood suppliers in Florida, where he custom delivers from Key West to Amelia Island out of his Orlando processing facility. Many chefs consider him the go-to-man for seafood from around the world. That Gary is also a business man of caliber can be derived from the fact that several years ago he expanded in exquisite specialty products such as foie gras, pheasant,buffalo, quail and other products he had tasted and sought out in his travels around the globe

Matt McLean, owner of Uncle Matt’s Organic in Clermont Florida, produces organically grown oranges, grapefruits, tangerines, avocados and blue berries. After college and a stint in the juice brokerage business, he got back to his roots of citrus growing in the mid 1990s, followed by a complete dedication of doing this  with organically approved fertilizers such as fish emulsion, compost and seaweed. At first we worked 3 acres in his father’s backyard, but today Uncle Matt’s manages over 1,100 acres of citrus production with some 2,500 converted growers. A delicious desert of 3 citrus based delicacies was the culmination of the dinner magic served by the chef and his staff at Café 4750.

Kudos for Ritz Carlton to push the initiative of Farm to Table further into main stream and special regards to Executive Chef Thomas Tolxdorff for a magnificent dinner.