Federal Reserve Could Turn it Around with the Stroke of a Pen!

Scolding the bank chiefs for not loaning the cheap money they're getting is not going to end the recession. It will increase bonuses however. Make money for banks more expensive if they don't loan a good percentage to contemporary Small Businesses with potential. 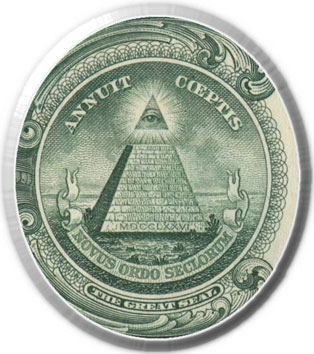 I should stand for something

As I read the Internet news about the Federal Reserve and watched how President Obama calling the top brass of the banking world to the White House for a little scolding about the stroke of a pen, I couldn’t help but think of the different path that could have been taken.¬† The purpose of the meeting was to tell the banking executives to lighten up on small businesses, start loaning to them.¬† Don’t be so¬†tightfisted with your money was the message.

If you will think back to several past articles where we talked about how Washington runs about ten to twelve months behind reality, this is proof positive of it.¬† You and I were saying a year ago how small business will bring this country out of this recession and create jobs with paychecks.¬† It was you and I who talked about how there are three elements to a healthy economy.¬† Manufacturing, consumers and in the middle financing, remove any one of the three and you have no economy, at least not a healthy one.¬† Two years ago the financing arm was tightened down thus leading up to where we are today.

My problem with this whole picture is this… it was these same banking individuals that, just a couple of years ago, would give a loan to anyone who was breathing and could stand up right for a couple of minutes.¬† They were making nice fees and the borrower was getting another fix on the good life.¬† Ahhhhh, life was so very good, wasn’t it? Well there was a price to pay.

Financial meteors started hitting us left and right and now these same individuals suddenly became the prim and proper bankers of the old days.¬† Now they demanded that you have a credit score somewhere in the stratosphere, not a blemish on your record, some collateral that would resemble signing over your first born and a solid plan to repay it.¬† There is nothing wrong with some banking principals and I think they are should be followed.¬† I do think it was the fault of the banking industry who put us in this mess. Begging and facilitation of the easy money and happy-go-lucky attitudes created a sense of euphoria that this ride would never end and this is how business should be run.¬† After all, it was also doing wonders within the banking world. The bonus checks were hefty and the greed erupted into financial instruments like credit default swaps that were impossible to maintain and essentially resembled Ponzi’s best efforts.

We now know this could not last! We have an entire nation in the midst of a recession.¬† Frankly at the present moment, I see no end in sight under the current direction we are taking.¬† I think President Obama was talking to the wrong folks the other day; he should have been talking to Benny Boy, (Bernanke) chairman of the Federal Reserve.¬† You see Benny has the power to institute policies at the stroke of a pen, even though he is officially not part of the government. Policies that would change things within twenty four hours.¬† Remember, you and I talked about this a year ago.¬† If the Fed would put a new policy in place that simply charges the banks a healthy interest rate for any funds they borrow from the Fed with a simply caveat.¬† If a certain percentage is loaned to small businesses, SBA loans and to consumers then the interest rate drops to the comfortable rate it is for them now.¬† (somewhere around .25 of one percent). Norway, Australia and Isreal have already raised interest rates as well and are claiming to be out of the recession; simple enough and mission completed.¬† This thinking has worked wonders in countries like Denmark, now they have a thriving economy and businesses are expanding and hiring.