Highlights of the Fernandina Beach City Commissioner Meeting included the Alachua Building Lease, a fire suppression system for some of the marina docks and where you can find the tentative proposed budget for FY 2009/2010. 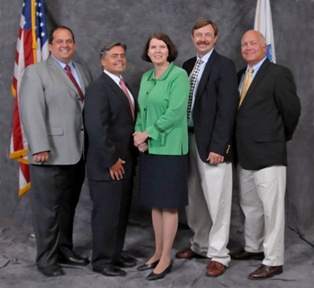 A few of the highlights from the Fernandina Beach City Commission meeting held on August 4, 2009 were:

Discussion was held over the Alachua Club located at 32 North 3rd Street in Fernandina Beach. This building is home to over 68 Alcoholics Anonymous Meetings and nearly 40 Al-Anon Meeting each month. There are a few details that need to be ironed out such as changing the wording of the property in the lease to the proper name, possibly removing the “no-cause termination” and making the Alachua Club responsible for building maintenance and repair. There is no doubt this is an asset to our community and a convenient location for our transient marina traffic, there are just a few more I’s to dot and T’s to cross.

A controversial discussion was held regarding the proposal to permit Marina Utilities, Inc. to design, install and inspect a dry fire suppression system for docks 7, 8 and 9 at the city marina. City resident Lynn Williams said that he, Ken Walker and Coleman Langshaw could do this for $5, 000. Of course, Walker and Langshaw wanted nothing to do with this suggestion and the motion eventually passed with Commissioners Bunch and Poynter voting, No on the motion to spend $34,950.00 to have it done by a professional.

The City Manager reported that proposed budgets for FY 2009/2010 are available on the Web site and a city hall and there will be much discussion over this in the next month. He also mentioned there is an open house at the new utility building, August 21, from 3:00 to 6:00PM and August 28, there will be an open house at the Atlantic Avenue Recreation Center late in the afternoon. Both of these structures have recently been improved.