Weaver was taken into custody without incident inside the residence, while in the company of an adult female and three small children. 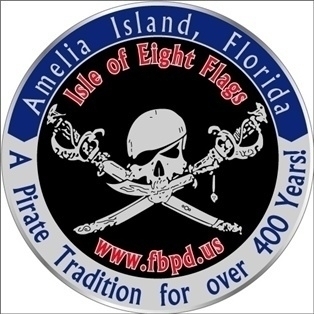 Fernandina Beach, FL – The Fernandina Beach Police Department SWAT team served a search warrant at a residence on First Avenue late yesterday afternoon and took a second suspect into custody for the armed home-invasion robbery that occurred on March 16th at the Amelia-by-the-Sea condominium on South Fletcher Avenue.

Detectives secured an arrest warrant for the second suspect, Christopher Dewayne Weaver, twenty-five years of age, and executed a search warrant at his residence, 2955-A First Avenue at about 5:30 PM on March 18, 2010. Weaver was taken into custody without incident inside the residence, while in the company of an adult female and three small children. Weaver is charged with armed home-invasion robbery and is being held on a $100,000.00 bond.

The investigation revealed that on March 16, 2010 the suspects, Nichols and Weaver, along with two female associates, were invited to party at the condominium just hours prior to committing the armed home invasion robbery. The suspects were both staying at 2955-A First Avenue, within a mile of the incident location. At approximately 3:30 AM Weaver and Nichols returned to the Amelia-by-the-Sea Condominium on foot armed with a .45 caliber semi-automatic handgun and wearing camouflage jackets and hoods. They unscrewed the exterior light outside the front door of the condominium in order to better conceal their identity, prior to knocking on the door, and also covered the peep-hole so that they could not be seen from inside. Once the door was opened they forced their way inside while threatening the victims with a handgun. The suspects did not cover their faces during the incident. 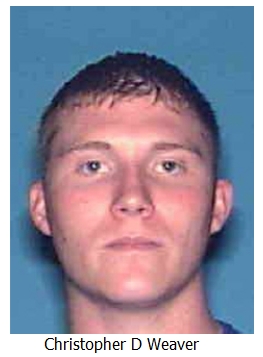 Weaver brandished a firearm during the incident and placed the gun on several of the victim’s chest or neck to intimidate them. The suspects reportedly took cash and marijuana and fled the scene on foot. Police recovered a .45 caliber semi-automatic handgun during the search warrant at 2955-A First Avenue inside Weaver’s bedroom closet.

No other arrests are anticipated at this time.