As daily media contradictions about the economy recovering versus taking a path to double dipping persist, Americans are unsettled and Investors have become very wary. Volatility will be a long drawn out sentiment. 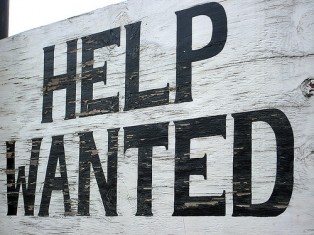 Contradicting stories about numbers from Washington and News Media

Two four-letter words — “debt” and “jobs” — are hanging over the economy like a noose that keeps tightening.  This is not news; we’ve known for several years that debt is too high and jobs too scarce. Unfortunately, they’ve become intractable problems with no solution in sight.
Last week, the government reported the U.S. economy had a net gain of zero new jobs in August. On top of that, the unemployment rate remained stuck at a disappointingly high 9.1 percent and the number of unemployed people rose to 14 million – including more than 6 million workers who have been out of work for 27 weeks or longer, according to MarketWatch. Today a headline claimed that “Businesses Posted Most Jobs in Three Years”. On the eve of the White House’s new $300 billion job plan, which is once again, according to insiders, focused on the short term of infrastructural improvements, it is clear that no-one seems to know where we’re going in a pool of contradictions.

With jobs hard to come by, consumer confidence is suffering, too. The Conference Board reported its consumer-confidence index for August fell to the lowest level since April 2009, according to MarketWatch.

The weak economy and uncertain outlook have led to a dramatic decline in interest rates. The yield on the 10-year Treasury dropped to 2.0 percent last week and the 30-year Treasury yielded just 3.3 percent, according to Bloomberg. This decline in longer-term interest rates is, “a sign of heightened fears about a recession in the U.S. and more actions from the Fed,” according to The Wall Street Journal.

When you put the pieces of the economic puzzle together, it starts to paint a picture that a new recession may be looming. While we’re not in the business of making projections like that, we do monitor the economy and, right now, it’s sending unsettling signals with enough volatility to encourage investors to carefully check their p’s and q’s or in their case the P/E ratio before doing anything.

There’s this Pesky Little Thing Called the P/E Ratio and changes in this number could have a big effect on whether stock prices rise or fall. Normally, stock prices are driven by earnings. As earnings rise, stock prices tend to rise and vice versa. Granted however, it’s not a straight-line relationship. Instead, it tends to come in sync over time — even though “over time” could mean several to many years.

These days we have some great examples of how changes in the P/E ratio can dramatically affect the returns on certain stocks.

First, a definition. The P/E ratio is simply the price of a stock divided by its previous 12 months earnings per share. For example, if XYZ Company earned $1 per share in the past 12 months and its stock is selling for $15 per share, then it has a P/E ratio of 15.

For a real example, let’s look at Microsoft. Ten years ago, on August 23, 2001, Microsoft stock traded at $26.60 per share. Ten years later, on August 23, 2011, Microsoft stock traded at $24.72 per share. As you can see, the stock price actually declined over that 10-year period. However, during those 10 years, Microsoft’s earnings per share actually skyrocketed by 193.33 percent, according to a September 3 Barron’s article.
The obvious question is, “How can Microsoft’s earnings nearly triple in 10 years while the stock price drops during that period?” The answer is… the P/E ratio declined dramatically.

The next obvious question is, “What causes the P/E ratio to change?” Ah, that’s the million-dollar question. Barron’s pointed out that back in 2001, companies like Microsoft were viewed as exciting growth companies and investors were willing to pay a higher than normal premium for each dollar of earnings. Flash forward 10 years and Microsoft did indeed grow its earnings dramatically. But today, Microsoft is viewed more as a “steady Eddie” and the multiple on each dollar of earnings that investors are willing to pay is less, hence, the slight decline in its stock price over the past 10 years.

There are a couple lessons here for investors.

First, when you buy a stock, it’s important to know the P/E ratio. If it’s higher than the market average, then you need to be extra careful. You could run into a Microsoft situation where the earnings actually rise, but the stock price doesn’t.

Second, buying a stock with a low P/E ratio is not necessarily a bad thing. Using Microsoft again as an example, its P/E ratio is currently low relative to 10 years ago. If the ratio starts to expand, then the stock price could actually rise faster than its earnings over the next few years.

Clarification note: Microsoft is mentioned as an example and not meant as a buy or sell recommendation.

In any case nobody said investing was easy and figuring out the direction of a stock’s P/E ratio is just one reason why that is.