Philippe Boets and his staff, including most of the Amelia Island Boules club continue to do a stellar job building further on our country's premier pétanque event. 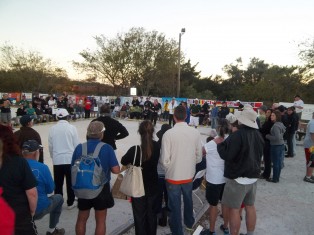 The president of the Federation of Pétanque USA, Ed Porto, recognized our Amelia Island Boules Club and Pétanque America’s Philippe Boets in its newsletter for their outstanding performance in recent years in spreading the word about this magnificent ball game throughout the United States and beyond.

Especially Philippe Boets efforts have made this French-Provençial game a household word in our community and it is gratifying to see how this has caught the attention of  national Petanque community.

Last month’s PETANQUE AMERICA international Tournament attracted some 300 players from around the world to our shores, including 3 of the World’s top players.

FPUSA president Ed Porto said this in the Newsletter statement: “Earlier this month, I was able again to play in the Pétanque America Open in Amelia Island, Florida (try this link). I got to meet many pétanque enthusiasts from around the country and see some world class players compete. Philippe Boets and his staff, including most of the Amelia Island Boules club continue to do a stellar job building further on our country’s premier pétanque event -with more technique clinics this year as well as a shooting contest among three former world champions in attendance. If you have never been to this tournament, I would encourage you to make it there sometime. (It is always held on the second weekend of November.) The tournament this year went to Belgian champion Claudy Weibel, who for the occasion had teamed up with Jean Pierre Subrenat from the New York Pétanque Club, who consistently has scored high in the past 4 tournaments on the Fernandina Beach Riverfront.

Historic Downtown Fernandina Beach once again was transformed into a Mediterranean Village where the sound of many different languages, the many different country and club flags,  added to the laid-back character of the game.
Mr. Porto also proudly announced that FPUSA has surpassed both the 1,700-member and 40-club thresholds for the first time in its history, including a record 400 new members in one year, especially recognizing Amelia Island Boules which club recently became the largest club in the USA with 112 members (and growing)!
Kudos go out to all who have made this happen in a short 3 year time span.