From Calling to Career; a Historic Downfall of Values

no qe3, not even a hint from bernanke

When we traded a Calling for a Career, 'the winner takes it all' became our mantra and human growth stagnated. 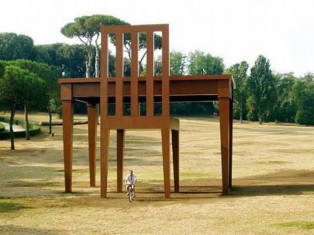 Is our lifestyle too big for our britches?

I’m not too sure about a lot of things anymore and the more I study the human race, the more I have to admit that we have either fundamentally changed over the past 40 years or we are lost in a perennial historic downfall of values.
When I grew up it seemed important to find a calling that would enhance or contribute to the betterment of mankind. The world had just fought tyrants in Germany and Japan and were bracing for another one in Russia. A calling felt like a commitment to honesty, integrity and accountability. It also portrayed a sense of special. News reporters, scientists, politicians, educators, religious and military leaders, they had chosen their profession as a calling. And should you want to ask, yes I was an idealist, still am to a large degree.

Still feel that the human race is throwing away numerous opportunities to be special for a pitiful chance to be powerful and rich. I smile in pity these days when I hear someone like Warren Buffett, who sits on a (earned?!) net worth that hovers around $50 billion dollars, which equals roughly the GDP of a country like Guatemala with 13.5 million people, announce that he wants to pay more taxes.  Whether he’s genuinely “coming to Pappa” or not, an 81 year old billionaire does not have too many options in life anymore to correct things. Hence his $5 billion investment announcement in Bank of America has in my opinion also very little to do with his admiration for this “well oiled” financial institution, considering that he called it a loser less than 6 months ago.  If his philanthropy were genuine, it may qualify under the heading : Better late than never, but fact remains that Buffett is not a man of calling, but rather one of career ambitions. It’s not that I envy him for choosing that route and succeeding, that would be just a microscopic projection of a handful of individuals in the whole of humanity.

Ever since I read Will Guppy’s unfinished “The Decline and Fall of Practically Everybody” I have come to understand that even those we have long considered role models to society, fail miserably in their pursuit of sainthood. Buffett is no saint, neither is Gates or this greedy New York developer with the strange hair-do or any of the other billionaires who now claim that they would not mind paying more taxes. They have ulterior motives. They want to pay more taxes…if only to defuse a little of the anger that is growing in the streets. Paying more taxes for them is a calculated investment in their safety, not a form of decency. Making money is their career ambition, not their calling.

Einstein and Ghandi had a Calling; Sister Teresa had one.

Einstein and Ghandi had a calling. Money, assets, collateral, power all were absolutely unimportant to them. Einstein’s world of Science today is entirely depending on research funding. Grants are often the result of false hopes created and unleashed on a human race that hopes to live long, healthy, happy and productive. Hopes that stem cell research will soon cure everything that ails us, hopes that the economy will soon and magically turn back to the good old days before 2007, hopes that wind and solar energy will save our civilization, hopes that we will one day will be master of our destiny.

And guess what? In a media saturated world, persistent hype gives unwarranted “credence” to the wildest claims. it’s what keeps Wall Street moving up and down like a YoYo looking for Ritalin. For the past 3 years plus I have heard the likes of Jim Cramer change their tune 360 degrees from sideways, and still their is a hungry following out there hanging on every word he says.

Reporters, scientists nor politicians these days are following a calling, whether they proclaim world peace or an end to disease. None of these professions is special anymore. A family practitioner in a small town in the past often followed a calling, because he knew that the community that depended on him, would not let him starve. He was considered special. But doctors are not special anymore, because they have a home, wife, mortgage, car loans and college tuition to deal with, for starters. They are human beings and human beings do what humans do – they lie, cheat, promise, steal, sue, hide data, fake data, they overstate their importance on the playing field and denigrate opposing views without any consideration for fairness. That’s human nature and it is not going to change any time soon, I’m afraid. And unfortunately these traits are mostly exposed in the hands of those who can do the most damage.
A career has taken over the values of life and career choices are defined by power and money with little to no space for honest progress and calling. Knowledge for knowledge sake as an instrument to find answers to questions about human progress, has turned into a quest for material possessions.  And in that quest, probably all professions have become corruptible. And this tendency has filtered through in many other layers of society as I witness time and again, especially when I catch the tail end of so-called Realty TV Shows as Bachelor Pad, Millionaire Weddings, Bridezillas and any of the other mindnumbing crap that is served as entertainment these days.

Now as the Dow Jones this week, after 4 weeks of frantic dropping and profit taking, has started to fool the next group of small investors trying to recoup some of their recent losses by taking the risks in equities, we see the dollar getting a bit softer at $1.441 to the Euro (God forbid with Greece now really on the verge of defaulting), Japan putting a $100 billion rescue plan in place for the Yen’s unexplained global strength just as Moody moved to downgrade that country one notch and Gold is back on a rampage towards $2,000 per ounce, after a strategic $200 drop was orchestrated earlier this week. On value, none of this makes any sense, but if you consider the game a faking, corrupting and stealing, it all comes down to where there is a winner there is a loser, no matter what you do and how you “play” it.

The up-and-down shenanigans this week on Wall Street were the direct result of the world “anticipating” (massaging if you like) Prophet Ben Bernanke”, into announcing or at least hinting towards the next round of fiscal insanity already called QE3. After all with zero+ interest rates nowhere to go and Ben already committed to keep them there until 2013, Bernanke could only pledge another round of Quantitative Easing, a process 90% of Americans cannot put their arms around, except for the realization that a gallon of milk is now past $4 while it was $2.70 at the beginning of the year.

But guess what? Bernanke did not do what the markets were pressuring him to do. Because reality dictates that Bernanke serves two masters, Wall Street and Washington – and since Wall Street has been the beneficiary of much of his generosity since late 2008, he now needed to strengthen the Feds position in propping up  the confidence in US Treasury paper. And he needs more time to maximize the impact of unfolding global scenarios such as a political crisis in Japan, the final straw for Greece and the Euro, to have the world build confidence in the US as a safe haven.

On August 9 I wrote the following prediction:
Delaying the QE3 announcement however will temporarily help the Treasury find some demand for its paper. It is actually good policy for the short term to have the Feds sit on its hands, especially considering the unfolding dramas in China, Europe and Japan, three of our major global trading partners. The resulting turmoil in global equity markets may provide the necessary demand for treasury paper to clean up the backlog and keep the U.S. government operating for now.

Announcing QE3 this early on would give the Market the tools to start another series of Fleecing of American Wealth. Make no mistake, Bernanke is far from stupid. Rather than giving the nod to Wall Street now, he’s waiting to see how the global economic hot irons unfold in the next few weeks, hoping that global investors still see US treasuries as the best bet in a crooked game. Besides he’s already thrown the kitchen sink at the economy and nothing seems to work the way it did in the past and he has run out of ideas as to what the Fed can do from hereon to jump start a real recovery.

When the term Jobless Recovery was coined a couple of years ago, it should have become clear that traditional Keynesian doctrine had come to an end on a cross road of technological advancement and employment. New realistic economic models need to be developed and applied.

Unfortunately for us all that requires leaders with a Calling, not Career Opportunists motivated by greed and power.