From Pigs to Civets is just another Wall Street Ploy

While JP Morgan reports another $5 B in profits for the quarter, Goldman Sachs comes up with an new Acronym to attract nitwit investors to new shores. 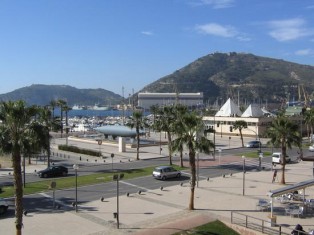 There must be some college dropouts in dark backrooms of Goldman Sach’s Jim O’Neill office wing playing with geographical confusions to indicate potential global hot spots of wealth and prosperity. The latest concoction these knuckleheads have come up with is CIVETS and they are the new BRICs if you still believe some “hotshot” wealth advisers.
In 2001 O’Neill introduced the world to emerging economies under the acronym BRICs. BRICs have survived early infancy as Brazil, India and China have clearly managed to become economic powerhouses in recent years, while the verdict on Russia is still out, not because that country does not have the resources, but because its political structure is still not entirely clear, which makes it a bit scary for global investors.

O’Neill apparently liked the attention he got from BRICs and decided now almost 10 years later to give us a new acronym: CIVETS as in Colombia, Indonesia, Vietnam, Egypt, Turkey and South Africa as pockets of potential wealth building.

Many years ago my native Netherlands, yes the same one that just lost its third “effort” to become world champion in the finals of the worldcup soccer, concreted an economic border crossing alliance with neighboring Belgium and Luxembourg, an alliance that became the Benelux. I remember the uproar the name caused since the Netherlands was the biggest, most populated and wealthiest of the 3 countries, the name should have been Nebelux. Phonetically that didn’t sound as good however, so after much protesting the name settled. The only economic advantage of this alliance I  personally remember is that all at once we didn’t have to show a passport anymore when crossing the border, which was quite a pleasure since we grew up just a couple of miles from these borders.

In 1967 Indonesia, Thailand and 3 other countries formed the ASEAN, the Association of South East Asian Nations, in an effort to promote economics, cooperation and security. Today the association counts 10 nations in the region with some 580 million people or 8.7% of the global population. Like the development of the European Union which saw its origins in 1948 with the formation of the European Community of Coal and Steel (EGKS) or Caricom or the current discussions about the formation of a United States of Africa, what Goldman Sachs and other wealth forecasters are leaving out in their analysis of potential economic hotspots, are the regional needs and opportunities of the participants. Mexico and Canada are the USA’s largest trading partners. 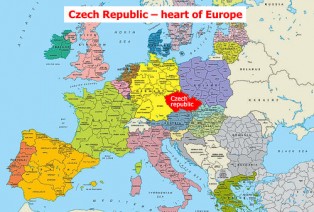 In Western Europe, the German economy is of enormous importance to all its directly neighboring countries of Poland, Czech Republic, Austria, Switzerland, France, Belgium, Luxembourg, Netherlands and Denmark. If I would pick a hotspot for investment I would spend some time analyzing the Czech Republic as it becomes the true heart of the Eurozone in the next couple of years. Education is good, work mentality is good, resources are great…yeah if I were Goldman Sachs, I’d make space for another C in CIVETS.

We also now know that PIGS are located in Europe somewhere around the Mediterranean, although Portugal is technically not touching the Mediterranean Sea. Depending on who’s trying to make a deficit speech, PIGS can be expanded to include Iceland and Ireland, which makes this media idiocy PIIIGS. If you don’t mind I’m not even going to insult you by once again naming the other I’s, G or S.
Besides, the reference to PIGS is even less promoted these days, since most industrialized governments have now acknowledged to have much higher deficits on the books than previously revealed.

Colombia is a beautiful fertile country with a friendly, educated population and an infrastructure. When the heavy hand of war against it cocaine industry began to bear fruits, the Colombian overlords moved to Mexico, giving that country the crimespree of a lifetime. Yes Colombia is a potentially strong contender for wealth building, even though we still see pockets of guerilla violence and Hugo Chavez’s Venezuela next door.

Indonesia, largest muslim country in the world with around 250 million people, spread over 17,500 islands and the capital of Jakarta may actually be the most populated city in the world, if the population cold ever be structurally counted.
With three and a half centuries of Dutch Colonialism, Indonesia became independent in 1948 and after struggling with initial dictatorial regimes (Sukarno, Suharto) it slowly started developing as an economy around the mid 1980s.
Its current economic potential has attracted many Chinese manufacturers who have started outsourcing the most menial of manufacturing to Indonesia, while China factories are taking steps up the ladder of quality, not unlike Japan and South Korea did 35 years ago. Politically Indonesia, as one of the founding members of ASEAN, has its roots in Islam and its aim is to grow as a regional leader. It is as heavily invested in Islam as the USA is in Christianity.

Vietnam is a story all its own as it is currently benefiting from affordable production availability with a population of 86 million. With the rise of China as a global power, its hemisphere will benefit as well. Vietnam is one such country even though the political issues have not been addressed or may never be addressed as Communism in that part of the world is distinctly developing into a mutation of state controlled capitalism. Even though Vietnam has all the markings of a rapidly growing economy, my personal opinion on Vietnam is that its 2,300 mile long coastline is too enticing for landlocked other countries such as Laos to not having access to the sea. It’s only a matter of time before conflict arise again or the nations peacefully merge as they are both members of ASEAN.

Calling Egypt an investment opportunity is in my opinion akin to calling Myanmar (Burma) a democracy. Not even if I would be interested in total contrarian investing, Egypt would not show up on my list.
Neither would by the way the next one Turkey. It is not that Turkey does not have potential west of its capitol Ankara, but it is way too early to call that country stable and as long as we are looking at eastern neighbors such as Iraq, Syria and Iran and the many tribal problems (Kurdistan) in the border areas, Armenian and Georgian closeness, conflict overspill in those regions is almost a fact. Not too mention the lacking interior infrastructures. Turkey and Egypt remind me of Brazil in the 1970s. Everyone was on the alert of its promise, yet it took another 30 plus years before the country started producing up to the promise.

And than last but not least South Africa. No doubt the country has shown a tremendous side of its potential during the World Soccer Cup, but if this is enough to nominate them in the line up of countries with important investment potential might be a tad on the early side of reality. Too much of the population is still left behind in terms of wealth to call the country a safe investment. In addition, its first alliance will be with surrounding nations who are all looking at SA to pull them forward globally. An immense task.

CIVETS investing is at best an opportunity if you have long term investment funds available and the right local consultants and opportunities. If not, buy yourself a book of each of these countries and regions and start familiarizing yourself with its histories, alliances and affiliations and most of all, the level of education and how widely spread it is available.

In addition, O’Neill and Goldman Sachs either forgot to do some intense research or they are just so full of themselves that nothing else matters. The name CIVETS is a poor choice in my opinion as acronym, as many of us remember that it was the arboreal cat-like omnivore, the Civet, in Southeast Asia that was an important link in the spread of the feared SARS or birdflu, that spread like wildfire around the world a couple of years ago. Canada surely must remember how much money their economy lost in that scare.