Giving Starts the Process of Receiving

He decided that he no longer could let circumstances decide for him; he decided that it was not the economy's fault that he was in his predicament, it was his mindset that was wrong. 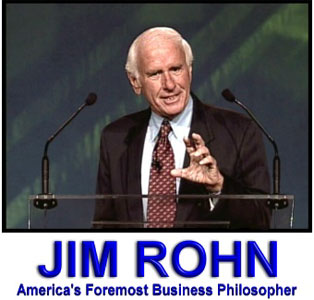 Jim Rohn, the Master of Self Improvement

Life is so absolutely unpredictable and strange that it sometimes seems improbable. Yesterday I took most of the day off to “recuperate” from my MDA Music Marathon fundraiser and in the late afternoon took a couple of bottles of wine over to see a dear friend. For more than a year he had been having an extremely hard time financially as a result of the economic downturn, his home getting under water, his holdings losing 50-60% of its previous value and life becoming real challenging at a time that retirement loomed.

In the past 30 days his “luck” changed and as a result his lease on life changed dramatically for the better. While enjoying a good glass of wine we talked about what had changed recently that turned his life positive again and we came to the conclusion that he got out of his car one day about a month ago, approached someone with an idea and turned the idea into reality. I won’t go into the details of his action, but he decided that he no longer could let circumstances decide for him; he decided that it was not the economy’s fault that he was in his predicament, it was his mindset that was wrong. His action changed a lifetime of one philosophy for a new philosophy and attracted the success he needed to turn his life around.

During the discussion my thoughts wandered to Jim Rohn, motivational speaker extra-ordinaire, and teacher to the motivational gurus and the mastermind behind Personal Development Philosophies. I saw Jim at one of his courses in Atlanta, GA in the early 1980’s and loved the simplicity of his concepts, something we call “Thinking outside of the Box” now. Jim’s approach to self help was simple: Giving starts he process of Receiving.

So while sitting and enjoying my friend and his wife being back in great spirits after a year of misery, I decided I would go back home and do a story on Jim Rohn. As I did my Google search for Jim Rohn this morning, I was devastated to learn that Jim Rohn died yesterday. I had no reason to think about Jim for years, but on the day I do, he dies??… How strange things can be in this life.

If you have never heard of Jim Rohn, I can only suggest you give the following video of beautiful simplicity of concepts 7 minutes of your precious time. It’s more than worth it.

Jim Rohn was an absolute master in peeling all mystery away from the heart of the matter and than rephrase it into an actionable concept. My favorite concept from him is: Success is not something you pursue, it’s something you attract.

I’ll be wondering for a while why my reconnection with Jim Rohn coincided with the day of his death, but I will always be thankful to have shared one of life’s crossroads with him.