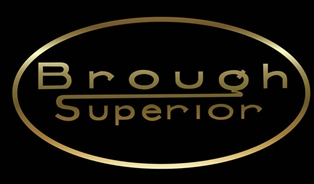 Chassis 3, the Oldest Surviving Production Bentley, to be auctioned by Gooding & Company at the 2011 Pebble Beach Auctions, Auctions 20 & 21

One of the most important Bentleys in existence, this 1921 Bentley 3 Litre was the first customer car to leave the Bentley factory. Chassis 3 is an extraordinary, matching-numbers car with brass brightwork and an original aluminum body with fully disappearing top as specified by the first owner. It’s participation in Vintage Bentley rallies, and many other recent events, attests to the car’s usability. Chassis 3 is a special addition to Gooding & Company’s Pebble Beach Auctions this August, and its estimate is available on request.

1931 Brough Superior SS80,a Legendary Motorcycle Owned by the Legend Himself Of the hundreds of motorcycles Steve McQueen personally owned, this extraordinary pre-war SS80 was one of his personal favorites. It was also McQueen’s only Brough Superior, a historically significant, high-performance British motorcycle marque made famous by World War I British army officer T.E. Lawrence, otherwise known as Lawrence of Arabia, who for many years had been a major proponent of the motorcycles. Purchased in the 1970s and for some time thereafter, McQueen shared the Brough Superior SS80 with his close friend and renowned artist Von Dutch en.wikipedia.org/wiki/Kenny_Howard. Bound by their appreciation for this beloved motorcycle, the two legendary enthusiasts shared the SS80 between them throughout their lives and agreed that whoever passed away first would bequeath the bike to the other.

The motorcycle exists today in wonderful, unrestored condition. The ex-McQueen and Von Dutch 1931 Brough Superior SS80 will be presented at Gooding & Company’s Pebble Beach Auctions along with a letter of authenticity written by Steve’s son, Chad McQueen. Its estimate is $100,000 – $200,000 and it will be offered without reserve.

The 2011 Pebble Beach Auctions will take place on Saturday and Sunday, August 20 & 21 at the Pebble Beach Equestrian Center, located at the corner of Portola Road and Stevenson Drive. Preview days will start on Wednesday, August 17 continuing through Sunday, August 21. The auctions will commence at 5:00 p.m. on Saturday and 6:00 p.m. on Sunday. Gooding & Company’s Pebble Beach Auctions catalogues are available for $100 and admit two to the viewing and the auctions. General admission tickets to the viewing and auctions may be purchased on site for $40. Auctions are broadcast live from Gooding & Company’s website on www.goodingco.com/auction.

Gooding & Company, internationally celebrated for its world-class automotive auctions, provides unparalleled service in the collector car market, offering a wide range of services including private and estate sales, appraisals and collection management. At its Scottsdale and Amelia Island collector car auctions earlier this year, Gooding & Company realized more than $52.85 million in combined auction sales while achieving 18 world records from 191 sold lots of 214 presented. In 2010, Gooding & Company was responsible for selling the world’s top three most valuable cars at auction that year and setting ten world records.