Business News, In the News, News 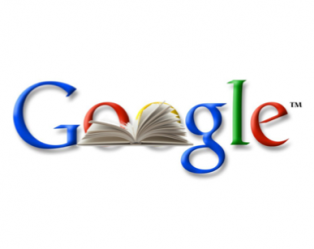 Looking for a new gift for your someone who has everything? Or for someone who won’t cough up a list of what they’d like as a gift? I’m sure you’ve heard of the Internet’s newest online bookstore, Google eBooks. If you’ve been out of the loop for a couple days, this new virtual bookstore was released by Google early this week. Google eBooks is exciting its fair amount of consumers as it poses many new and interesting potentials, while boring others as it lacks that new generation, star quality – or as TV Chef, Emeril Legasse, would say, Bam! – that this world’s new generation of spoiled, high tech consumers have grown so used to.

(Related Articles: Read more about Tips and Trends for Holiday Shopping; Having a hard time making your money stretch this holiday season? Go here to read a great post on building your own business.)

Having barely hit the shelves, Google claims its new, two-day-old bookstore is compatible with nearly every e-reader on the market and is an appropriate addition to our current market’s e-reader “situation”.

I’ve read through some of the consumer reviews, and, well, take a look for yourself at the best one I could find.

Two days ago, the day Google’s newest eBooks endeavor was released, Linda Holmes, writer and editor of NPR’s entertainment and pop-culture blog, Monkey See, wrote a fantastic review. Her consumer-driven review, aptly named, Test-Driving Google eBooks: The Good, The Bad, And The Competitive Spirit, Holmes touches on all the hot spots a potential customer of the new Google eBooks might take into consideration before investing: its compatibility with various e-readers, its role in a competitive field and its overall functionality. 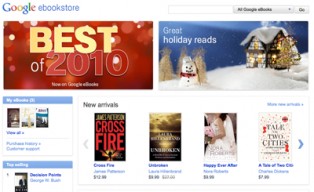 A Screen Shot of the Google eBooks Homepage

As she embarks on her journey to access Google eBooks from various, common e-readers, she first attempts to access Google eBooks via a Nook she borrowed from a friend. Holmes is less than impressed, to say the least, “It turns out that you can’t download the Nook-compatible file from Google’s bookstore over your wireless connection, the way you can download Nook books from Barnes & Noble or Kindle books from Amazon. Instead, as the online instructions confirm, you have to download a compatible file to your computer and then use a USB cable (!) to transfer it to your device.” Understandably, and as, I suspect, many users would themselves conclude, she ultimately ditched the idea altogether and moved on to the next device.”

Next, she turns to her faithful Android phone. As – and she made sure to reiterate this next point – the Android phone is a product of Google, and as such, “The [Google eBooks] app downloaded easily, the same way every other app does; the book popped up immediately (since Android phones have you logged into your Google account as a basic fact of life); and it reads nicely, including the color illustrations. It’s still an awfully small screen for reading for me…[but] The fact that Android and Google are blood relatives might mean Google will find a way to build in incentives, but for the time being, it’s sort of an easy but not obviously necessary new option.”

Last but not least, Holmes finally finds a device that raises no red flag when downloading, buying or reading from Google eBooks. She explains how it all goes down using the newest Apple craze, the iPad.  “To read your Google Book on an iPhone or an iPad, you download the app from Apple’s App Store, like you do with anything else, and then it reads … just like a book typically does on the iPad. It has the visual page-flipping that you get from Apple’s own iBooks, and a significantly bigger screen (and more conventionally book-like appearance) than you get from reading on a phone.”

That’s it. In conclusion, Linda doesn’t really see what all the hype is about. Yes, the new bookstore is a new release, and yes, its from Google. Yes, it’s slightly different from what competing e-bookstores are offering. But, according to Holmes, “It’s not especially exciting or feature-packed.” Though her review isn’t completely hopeless, “The standalone e-reader compatibility is bothersome enough to use that it seems like it’s of questionable importance, but having somebody else who can sell you a book to download and read on your Android or Apple device? That’s credible, workable competition in what’s been a pretty small field of entrants, and that could work to your benefit if your tastes run to electronic reading.”

There you have it. I couldn’t have put it better myself.