The foundation for any durable recovery in a modern industrial economy rests with the organic dynamism of the private sector. Ask anyone in Japan as to how repeated rounds of fiscal stimulus played out over the past two decades. 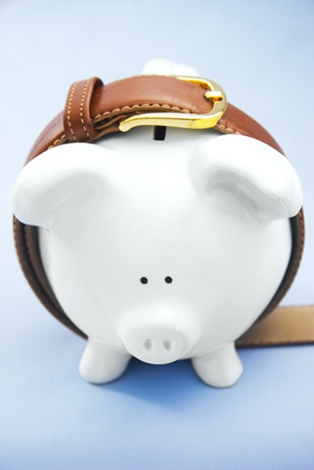 Bank lending still contracting
We can only sit back and marvel at how the U.S. government has managed to put the economy back together, but it’s the same problem as the first little pig had in fending off the big bad wolf. Straw will only hold up for so long. There is tremendous fiscal largesse associated with this economic turnaround, which we expect will be a one-quarter wonder, not unlike the 2002Q1 experience with a flashy bear market rally and brief inventory and stimulus-led rebound in growth. The foundation for any durable recovery in a modern industrial economy rests with the organic dynamism of the private sector. Ask anyone in Japan as to how repeated rounds of fiscal stimulus played out over the past two decades. We are still in a post-bubble credit collapse world and there are still too many uncertainties associated with the outlook for the economy, corporate earnings, financial stability and fiscal rectitude (or recklessness is more like it). Wages are deflating at a record rate and credit in the banking system is still contracting as banks continue to shrink their balance sheets. Three-quarters of the corporate universe have no revenue growth to speak of and as we report below, only one-third of the ISM industries posted growth in July and barely more than one in ten were adding to payrolls.

This is reason to rejoice?
No doubt we are seeing better housing market data-points and that is critical, but it is still too early to tell whether this is noise on what is still a fundamental downtrend or if we have, in fact, hit a new inflection point. With unemployment mounting and credit contracting, it is going to be fascinating to see where the driver for growth is going to come from. The auto sector is in a secular decline and the demographic backdrop for housing is poor. Perhaps it will be infrastructure or medical technology or a sustained decline in Asian savings rates that propels exports in the developed world. We are hopeful, but still skeptical over the sustainability of the economic rebound we will see this quarter, and even more dubious over the market’s interpretation of how the data are evolving.

At the market lows of 2003, it was becoming clear that (i) a war; (ii) reflation of the housing stock; and (iii) a parabolic credit cycle were all going to spark a dramatic recovery. The Bush tax cuts were just gravy on the beef Wellington. But the missing link now is credit. For the second week in a row, bank-wide mortgage lending fell $22.0 billion for the week ending July 22. Consumer lending fell $1.1 billion and has now declined for eight weeks running (cumulative loss of $16.0 billion or a 13% annualized slide). Commercial & Industrial loans contracted $8.0 billion during the latest reporting week and has collapsed at a 15% annual rate over the past two months ‚Äî interesting way to embark on a restocking phase: with no inventory financing! All told, bank lending to households and businesses shrunk $31.0 billion during the July 22nd week and is down a record $114.0 billion or an 11% annual rate over the past eight weeks.

But the banks did add $12.0 billion to their cash hoard that week, bringing the total accumulation to $118 billion over the past three weeks.