The suspect quickly fled the area of Main Beach while a radio broadcast alerted officers and sheriff's deputies throughout the County that a crime had just occurred. 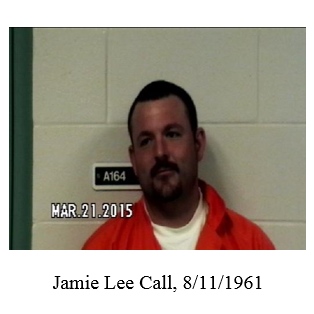 Paul Voisinet left his beach bag unattended for a few minutes as he walked back to his car for a moment. As he was returning to his spot on the beach he observed an individual entering a white car with a bag that looked strikingly familiar. He quickly confirmed that his own bag was now missing from where he had left it and he attempted to confront the man that was now leaving the beach parking lot in a white Impala with NC tags.

The suspect opted to quickly flee the area of Main Beach, driving in a reckless manner while a radio broadcast alerted officers and sheriff’s deputies throughout the County that a crime had just occurred.

Nassau County Deputy Chauncey Mason located the vehicle and initiated a traffic stop. The victim’s bag was observed in plain view and the suspect, Jamie Lee Call, was subsequently arrested for the grand theft.

During the course of inventory and investigation, multiple credit cards and identification cards were located, which immediately raised additional suspicion. A search of the names through multiple databases revealed that multiple victims existed, to include burglaries in Jacksonville, Yulee, and St. Mary’s, GA.

The Jacksonville Sheriff’s Office and the St. Mary’s Police Department are both conducting related investigations from within their jurisdiction as a result of this arrest, and additional charges are also pending for the theft in Yulee.