Has the Great Recession Become the Great Stagnation?

Volatility and uncertainty rule the field while optimists like Warren Buffett claim we won't go double dip and others claiming we already have. 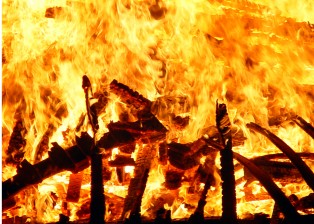 Recovery Going Down in Flames?

The word “volatile” has been so overused in the media, but it’s hard to find a better way to describe recent movements in the financial markets. On any given day, the markets can rise or fall based on the latest thinking about euro-zone sovereign debt problems, a possible U.S. or Chinese recession, weak banks, inflation, deflation, or poor job numbers.

In the just completed third quarter, uncertainty (there’s another overused word!) was in full bloom as the three major U.S. stock market indices posted double-digit declines, according to Barron’s. Was the market sniffing out a new recession? Possibly. Last week, the respected Economic Cycle Research Institute was quoted in MarketWatch as saying, “The U.S. economy is headed for another recession that government intervention cannot prevent.”

Along those same lines, Goldman Sachs said we may be moving from the 2007-2009 “Great Recession” to an upcoming “Great Stagnation.” As quoted by Bloomberg, Goldman Sachs said a “Great Stagnation” would be characterized by “‘high and sticky’ unemployment, an average 0.5 percent growth rate in per capita gross domestic product, and stock markets that under perform historical averages.”

But, not everyone agrees with that assessment. Warren Buffett told CNBC last week, “It’s very, very unlikely we’ll go back into a recession.”
So, who are you going to believe? The market’s jumpiness may reflect the fact that smart people have completely different views of the economy.

What to Watch in the Fourth Quarter:

Here are a few things that made the headlines in the third quarter and may affect the markets over the final three months of the year:

What to Watch: Third quarter corporate earnings will start rolling in soon and investors will scour them for any sign of weakness. For the past few quarters, strong earnings helped the market recover from the Great Recession. While some earnings weakness may already be priced in the market, we have to wait for the actual earnings to see how the market reacts.

What to Watch: Recent declines in oil and copper prices are particularly noteworthy because they may presage a slowing worldwide economy. If the declines continue, it may not bode well for stock prices.

•    The housing market is still weak and that puts a significant drag on economic growth. According to the most recent S&P/Case-Shiller Home Price Indices, housing prices around the country are back to where they were in the summer of 2003.

What to Watch: Mortgage rates are at a record low yet the housing market is still in the doldrums, according to Bloomberg. Any sign that housing is turning the corner could bode well for the economy and the markets.

•    Interest rates on U.S. government securities dropped significantly in the third quarter as the flight to safety continued. The yield on the 10-year Treasury note recently hit a paltry 1.67 percent — the lowest yield since the 1940s. While low rates are good for businesses and our indebted government, it’s bad for savers who rely on interest income to support their living expenses.

What to Watch: If interest rates keep dropping in the fourth quarter, it may suggest investors are still in a fearful state. Ironically, it could be a good thing to see interest rates rise — as long as it’s due to economic growth and not due to money printing by the Federal Reserve.

•    Sovereign debt woes in Europe and budget wrangling in the U.S. weighed on the financial markets in the third quarter.

What to Watch: Continued bad news here could be very problematic. However, if there’s any concrete resolution to the Euro-zone debt problems or a credible bi-partisan budget solution in Washington — look out. The financial markets could rally strongly on that kind of news.

With the above issues looming, you can see why the markets are a bit nervous. Yet, even if the market swoons in the fourth quarter, it could make valuations so compelling that it sets the stage for the next bull market.