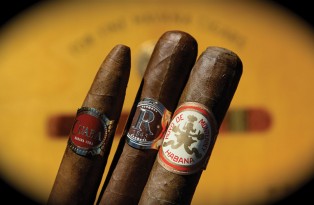 Almost unnoticed by the mainstream press, or so it seems, Cuba opened its Washington DC Embassy last Monday after 54 years of absence – and even more quietly the US opened its embassy in Havana, waiting for John Kerry to make some time to attend the official flag raising in a couple of weeks. Of course some hotheaded South Florida Cuban fossils protested loudly against Kerry’s statement that “although the two nations differ on basic issues ranging from human rights to political systems, both will be better served by engagement rather than estrangement”.

Leaving self-serving politician’s like Ross-Lehtinen, Calzon including even presidential contender Jeb Bush’s ignorant Tweet that “engaging with Cuba will only further legitimize the repressive regime” to stand in its own isolation, I would like to focus on the real culprit in the hen house, the trade embargo, a penalty the US often uses as a last ditch move to express its frustration with governments that are not willing to walk the politically ‘correct’ line. Interesting here is that the nincom-poops in Congress and their favorite economists in this country, still haven’t figured out the longterm consequences of embargoes in a geo-political sense.
For those who are actually interested in learning a bit more about how things really work, instead of eating the digested party-line crap that comes from Washington and mainstream media, here is a longterm view of what embargoes usually accomplish.

The US embargoed China for 20+ years starting in 1950.
Together with allies in Europe and postwar Japan, we implemented the most thorough economic embargo ever on China at the start of the Korean War, which covered over 400 classes of products, including farm, fish and forestry products, fertilizers, coal, chemicals and metals, passenger cars, agricultural, industrial and office equipment and certain electronic and communications equipment. Trains and airplanes belonged to the “don’t even think about it” categories. The embargo lasted from 1950 – 1971. It taught China a lesson – whatever you don’t make, you don’t have.

Tricky Dicky changed that in 1971 when the U.S. Ended the Ban on China Trade .

The direct result is that today, China is the most embargo-resistant country in the world by far.

There is no other country, not the US, not Russia, as embargo-resistant as China.
If you want to know how big a lesson China had learned, just look at wheat yield development and the consequence of starvation. Not trying to point out the responsibility of policy decisions that starve millions of people to death, but when fertilizer is embargoed, and you don’t know how to make it yourself, well, you get to starve.
So here is a story to take into consideration when talking about normalizing relations with Cuba even though the scales are vastly different.

This is a reflection of the wheat yield per hectare in China between 1949 and 1999. Agricultural yield depends on three factors: irrigation, seed, fertilizer. China had irrigation and seed, but fertilizer was embargoed. In 1949 the yield was about 600 kg/hectare, and according to the US ambassador at that time, 3 – 7 million people in China starved to death every year before 1949. It was basically subsistence-level farming. The famous “Great Leap Forward” in 1958 – 1961 caused the little dip in yield you see on the graph from 1958 – 1961, which people blamed it on Mao’s wrong agriculture policy. Just a little dip, and mass starvation was the result. But once the embargo lifted in 1971 and fertilizers started flowing into China, the wheat yield experienced a 5-fold increase, from 600 kg/hectare to 3200 kg/hectare! Yeah, if the fertilizer had started flowing in earlier, China would not have been nearly so fragile that any policy mistake leads to mass starvation. But when fertilizer is embargoed, and you don’t know how to make it yourself, well, you get to starve.

The one country who helped China the most at that time was Russia. Russia probably won’t do so ever again, but back then it was a communist country and actually believed in just giving technologies to fellow communist countries for free. A lot of countries got their domestic industries started this way, but China, despite the fact that most of the population were illiterate, turned out to have benefited the most . Russia transferred 156 complete industrial lines to China in the 50’s and 60’s, including coal, iron, engine, tire, tooling, fertilizer, etc. Almost all of them are heavy industries that are out of date by now, but it’s like somebody has to move from elementary school to middle school to high school to university – without this transition, the Chinese would have a really hard time catching on to the more advanced technologies later. The Russians were really good – taught the Chinese hand-by-hand every step of the way.

Many people believed that was the result of the “trust-building exercise” of the Korean War, where over 200,000 Chinese lost their lives. This was the beginning of transforming China from a poor starving farm to a huge profitable factory.

Then as soon as the embargo was lifted, the Chinese government in the 70’s spent a lot of money to buy technology from Germany, France, Japan, and the other Western countries, and started building their own chemical and transportation industries from scratch. 20 years later, China had enough industrial knowledge to be able to reverse-engineer most of the stuff she ever laid her eyes on. The “market for technology” strategy later on, when the Chinese market grew big enough to be attractive, also helped moving a lot of production to China.

With the fall of USSR in the 90’s, the US and her allies started the “globalization”, basically move the low-margin businesses out of the country and keep the high-margin businesses (like finance, etc.) in. Well, China has a different take on this. After all, it’s the country that has been put under the most extreme embargo for over 20 years. She doesn’t care about money as much as whether she gets to have the stuff, because if there is any disturbance in the normal functioning market, you can have money but nowhere to buy the stuff. So she jumped enthusiastically onto the globalization bandwagon and yelled, “come, globalized your stuff to me! I’ll make it cheaply for you!”

Before the 90’s, the US, USSR, and China were the only 3 countries who had the industrial infrastructure to make stuff from scratch (ores, coal, petroleum, rubber) to finished products. Then USSR imploded and the US globalized. Now, China is the only one who can make 90% of all the world products from scratch to finish. It’s the most self-sufficient country in the world.

So now, if you put China under embargo again, the quality of life in China should by-and-large be ok, but it’s probably going to be a very fast way to put the brakes on 100% of global industries. The “made-in China” stuff is actually the smaller concern. I bet every industry will have at least some parts/tooling that are imported from China. Remember for a complex system with hundreds of components, it takes only one critical components missing to stop the whole production. You can replace them, but it’s going to take time, and it may require developing additional technology and industry know-how to get there. In the meantime, everything is going to grind to a halt waiting for parts.

China exports $2.3 trillions worth of products a year. 20% to the US, 20% to EU, and the rest goes to the third-world countries in every continent. There are over 100 US banks and tens of thousands of US-China joint venture companies in China. Conversely, there are tons of Chinese companies in every continent as well. A US embargo of China is frankly unthinkable, because it would hurt every single country on earth. On the other hand, when all countries work together, everybody makes money together.

The whole point of globalization is, that everyone will be dependent on each other and thus all of us will have the incentive to maintain the peace? Yeah I know…..it’s been a long time coming.