A beautifully written, heartbreaking story of betrayal, abandonment and the healing power of friendship and music... I love this book! 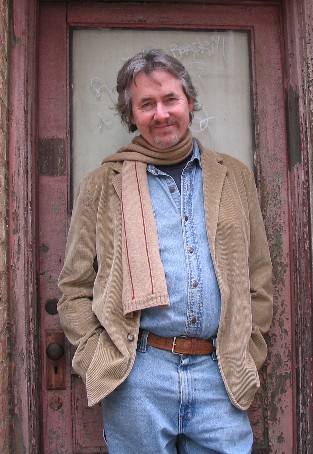 Danny Ellis vividly remembers sitting around a turf fire with his mother and sisters in their Dublin, Ireland home, singing Irish ballads and American pop songs. Says Ellis, “My mum could raise the hair on the back of your neck when she sang and often took us to the local pub on Green Street where everybody sang. I learned very early that the human singing voice has great power.”

But Ellis’s life was about to drastically change when his mother abandoned him. Ellis was dropped off at the Artane Christian Brothers School, which would become known as one of the cruelest orphanages in all of Ireland. Music would become a saving grace, when he learned to play trombone and joined the Artane School Band. After leaving Artane, Ellis performed with a number of Irish showbands until he moved to England, where he was commissioned to compose Top 40 hits for artists who didn’t write their own material, but the songs seemed hollow and insincere.

After coming home from a gig one night, Ellis began to play some chords and melodies that were deeply sad and desolate. The words came pouring out in a rush, as he relived the harshness of Artane. The result, “800 Voices,” was in essence his memoir, told in song rather than a book. Once he had stared down the demons of his youth, Ellis found his creativity blossoming, and began to write – not only his life story, but also a number of new songs that captured the essence of his Irish roots.

His story and performance of his one-man show, “800 Voices” (which he performed locally two years ago), caught the attention of a British publisher who offered Ellis a contract for his memoir. The Boy at the Gate, Ellis’s book that was released in mid-September, has already climbed to the top 10 in Ireland, and is expected to be published in the U.S. next year. A stage adaptation is also in the works. Sara Gruen, author of the highly acclaimed Water for Elephants, had this to say, “A beautifully written, heartbreaking story of betrayal, abandonment and the healing power of friendship and music… I love this book!”

The new album that Ellis recently recorded, “The Space between the Lines,” is a stunning collection of powerful, personal songs that seamlessly blend indie-folk with contemporary Celtic music. Uplifting and touching songs like “The Bramble and the Brine,” “The Hills That I Know,” and “Another Dublin” are every bit as vivid as the songs in “800 Voices,” but clearly reflect the way in which Ellis has managed to overcome adversity and emerge with his soul and spirit on full display in his music.

Danny Ellis will be performing on Amelia Island, November 10th at 7:15 PM at St. Peter’s Episcopal Church. A $15.00 suggested offering for the artist will be taken at the door.