It takes much more genius than is available in Washington to turn the tides of the economy. The old ways of manipulating interest will not be enough. 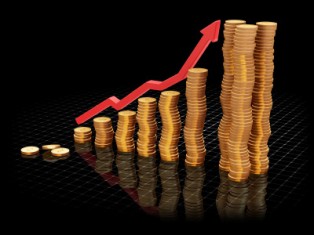 Higher Interest too soon will cause stagflation

OK, before you think I have lost my mind completely, allow me to explain the good and the bad..  It now seems the Fed has made a decision to raise interest rates, now that is the bad news.  Once interest rates begin to rise we will see the economy sink even further, people will have problems trying to meet their monthly expenses.  Credit card bills, adjustable rate mortgages, car loans, mortgage loans all will be higher with each rate increase.

Now for those few who still have a savings account it may be good news as they may finally get a couple of percentage points on their money.  But in general we can easily say that if we couple higher interest rates with increasing gas prices we will now have the perfect formula for another blow to the economy. Can it be avoided. NO. It’s a natural occurrence between economic power trains. The moment the economy starts moving into the positive (and growth of GDP, no matter how this is achieved in current economic terms) the interest rate brake will be loosely applied. If the economy grows to fast, interests rates are the only mechanism available to cool it off…unless of course we start allowing over the top leveraged financial packages to become part of GDP.

OK so that’s the bad news, now for the good news in all of this.  The Fed also announced they would only raise interest rates if unemployment fell.  So if jobs are being created and the unemployment numbers come down we can all expect to start paying more?  I will be the first to admit that we must do something about the ever increasing unemployment numbers, and as a real estate man I don’t see that happening until the housing market is under control and the foreclosures start decreasing.  Now if we see a rate hike then we are bound to see more foreclosures due to the higher monthly payment for those on an adjustable rate mortgage.  Not to mention a lack in sales of pre-existing homes because buyers, who are now on the edge of qualifying will not be able to purchase simply because they can no longer afford to. And that might just be the deeper intention of it all.

Once again, I see Washington doing something; what I’m not really sure of, but that’s OK because I don’t believe they know what they’re doing either. Up, down, left, right, it really doesn’t matter too much at this stage as the bottom of the barrel is getting visible.