Hillary Clinton Can Relate to the Common Folks

Ms. Clinton received a $250,000 fee, round trip transportation on a $39 million Gulfstream and the Presidential Suite for her 90-minute visit 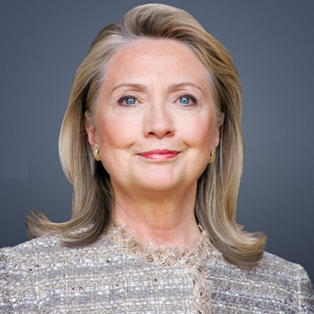 I keep reading and hearing about how 2016 Democratic presidential hopeful Hillary Clinton is weighing in on the side of working class people and the middle class and how she and other party muckity mucks can relate to them, but I’ve yet to see where she or anyone else in her party has defined those terms. If her understanding of working class and middle class is based on her actions, then I think we may be miles apart.

For example, Ms. Clinton received a $250,000 fee, and demanded and received round trip transportation on a $39 million, 16-passenger Gulfstream G450 and the Presidential Suite in her luxury hotel all for her total 90-minute visit, which included her talk to the University of Las Vegas Foundation, according to documents obtained by the Las Vegas Review-Journal through the state public records law. And she doesn’t travel alone, relying on an entourage of a couple of “travel aides,” and a couple of advance staffers who check out her speech site in the days leading up to her appearance.

According to her contract, Clinton will remain at the event no longer than 90 minutes; will pose for no more than 50 photos with no more than 100 people; and won’t allow any press coverage or video – or audio-taping of her speech. The only record allowed will be made by a stenographer whose transcription will be given only to Clinton. The stenographer’s $1,250 bill, however, will go to the UNLV Foundation. The foundation, meanwhile, is prohibited from advertising the event on radio, TV or billboards. Mail and website ads are allowed, although Clinton staffers must approve in writing any promotional material.

What in the world does this woman have to say that would be of the least bit of interest or benefit to students or the school’s foundation that would be worth this kind of lavish spending? And how can she pretend to “relate” to the working or middle class unless in her bubble world she thinks that’s how they also survive. The size of her fee has come under fire from critics who question the large expense in an era when students are hard-pressed to cover tuition and leave school saddled with massive debt. UNLV student leaders have sent a letter to the Bill, Hillary & Chelsea Clinton Foundation, which collects the $250,000 fee, asking that Hillary Clinton donate all or part of the money back to the university. They’ve received no reply.