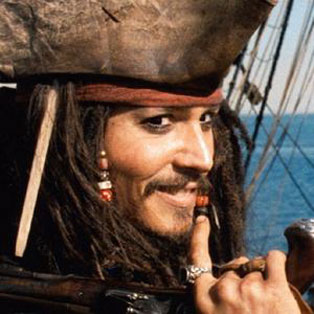 Three countries have officially declared their recession is over. Israel, Australia and Norway have all three raised their interest rates. It’s official, here in the US where still in a recession; maybe not according to the technical statisticians in Washington, but definitely according to Hollywood, which is celebrating its highest revenue year ever. It is a known fact that movie entertainment and lipstick do extremely well in a recession, but to see a billion dollar increase in revenues from 2008 to 2009 is extra impressive and even more an indicator that people do not believe that things are getting better in the economy.

Maybe the claims by the MPAA that illegal downloads are killing the industry and causing billions in losses should also be silenced. In 2009, the leading Hollywood studios made more films and generated more revenue than ever before, and for the first time in history the domestic box office grosses will surpass $10 billion. It could very well be that without the Internet the message of all these new productions would never reach the masses, ergo not attract people to the theatres. “Illegal” downloads are just the cost of doing business. Shove it under marketing and advertising expenses and adjust to new world.

Nearly all the major BitTorrent sites have seen their visitor numbers go up throughout this year, and many of these new visitors are looking to download Hollywood‚Äôs latest releases. This development is a thorn in the side of the MPAA, movie bosses and some filmmakers, who repeatedly claim that pirated downloads are killing the movie industry. Despite these worries, neither the ever-increasing piracy rates nor the global recession could prevent Hollywood having its best year ever in 2009. With an estimated $10.6 billion in consumer spending at the US and Canadian box office, the movie industry will break the 2008 record by nearly a billion dollars.

‚ÄúThe global economy is taking a major hit, and when these conglomerates that own movie studios are having a tough time, it‚Äôs at least one bright spot in the equation,‚Äù Paul Dergarabedian, president of Hollywood.com Box Office said in a comment. ‚ÄúPeople are still, in 2009, going to the movies in big numbers.‚Äù Hollywood is far from bankrupt and more alive than ever before. In the past several years box office earnings have increased significantly to reach this new record high. Even though this doesn‚Äôt mean that the lack of a negative correlation between piracy and box office ticket sales is proving that illegal downloads have no effect at all. But I don’t think that the movie industry would make even more money if the plug was pulled on the Internet. On the contrary, I think that the Internet adds such an enormous exposure to Hollywood’s offerings that more people get exposed, both visually and virally.

So without any evidence the opposite could also be true. As many independent filmmakers have already experienced, BitTorrent and the Internet in general can be a boon to the film industry and a significant potential source of revenue.

Perhaps Hollywood should stop complaining and start to see the millions of illegal downloaders as potential customers instead of thieves. There‚Äôs a huge demand for online entertainment, so why not compete with piracy instead of spending millions of dollars fighting it? The Music Industry lost their fight already hands down remember. And they also had no Plan B to activate.