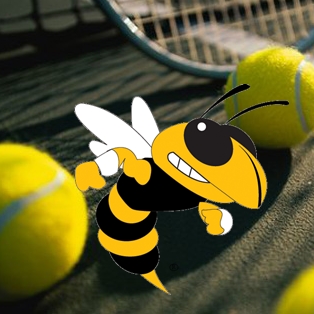 The Hornets won three singles games and one of the doubles games.

Not to be out done, the Hornets girls tennis team only lost one game of the day, pulling out four singles games and two doubles games to win the match an astounding 6-1 over the Warriors.