How Google and Apple Engage in Marketing

Despite their similar position in the field, Google and Apple approach marketing to their clients with very different attitudes. 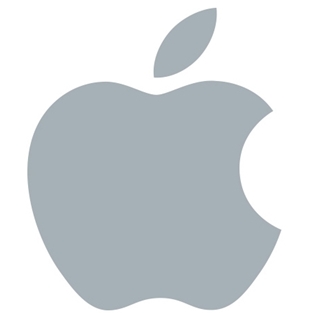 In the modern, technology-driven society, practically everyone is familiar with Apple and Google, two powerhouses in the computer and technology marketplace. However, despite their similar position in the field, both companies approach marketing to their clients with very different attitudes. Even though Google and Apple are also in direct competition in the smartphone and tablet market, the strategies are completely different.

Google
The most notable example actually comes in terms of direct advertisement. Google is such a prolific brand that simply the act of searching for information online has become a generic term: “Googling”. But when it comes to their products and services, Google relies heavily on word of mouth and the power of their brand more so than typical ads. This doesn’t mean Google shies away from the traditional ad campaign, as they have featured billboard and subway ads for their Google recommendation and voice search features and television ads that demonstrate the versatility of their search engine as well as promote their internet browser, Chrome.

Beyond that, Google utilizes their brand in unique ways. By attaching their name to innovative technology ventures such as Google Glass and even asteroid mining, this gives Google publicity https://econsultancy.com/blog/64204-12-inspiring-marketing-campaigns-from-google/ through news and media outlets without the standard advertising formula. Additionally, the company has extended itself into so many different ventures like translating website content. Google, having acquired the smartphone operating system Android and online video hub YouTube, for example, while launching their own ventures such as GMail, and online voice chat service Google Voice, just to name a few.

Apple
On the other side, instead of relying on fantastically innovative and unusual technology ventures or their sheer presence on the internet like Google, Apple has built a brand off of taking technology products and appealing directly to their customers’ wants and needs. Apple has built a reputation of selling their WHY and not their WHAT. For example, many companies will market their products by saying how great they are, how affordable, how stylish, etc. Apple markets start by appealing to why the technology is needed, why they as a company feel so strongly about their product, and only then do they tell you how great their product is.

This approach began in 1997 with the return of Steve Jobs, founder of Apple, back into the corporate fold. While internally the company would shift their approach, their advertising would begin to take shape, as well. Instead of television ads saying “look at how amazing this computer is”, Apple became famous for a series of ads featuring actor Jeff Goldblum whose delivery and presentation made it clear that Apple’s computers were fun to use, easy to use, and allowed for customers to relate directly to the product.

Since then, with the launch of the iPhone, iPad, and a host of other products, Apple has become the single most dominant brand in computer and consumer electronics. Apple has never been a stranger to unique advertising strategies. Notably, their controversial Super Bowl commercial from 1984 to launch the Macintosh, featuring a “Big Brother” video screen projecting propaganda to a room of emotionless, grey-suited people before a woman hurls a sledgehammer through the screen. The ad served as a statement going forward that Apple was not a traditional computer company and never would be.

Every commercial, whether on television or online or in print since then, has been very simple and relatively understated. Apple uses very little printed copy and allows the aesthetic imagery of their product to do most of the selling. When they talk, it’s always about the methodology and rarely ever about the product itself.

The most notable point between how Google and Apple market their products is that neither company does so in a traditional manner. Apple may advertise in similar ways, but with a very different sort of message, while Google often forgoes typical ads but lets their tech ventures speak even louder, but both companies still see tremendous success based off of the quality of their products.