I Love You, You’re Perfect, Now Change at ACT

In a series of vignettes, this modern musical comedy presents the American mating game, beginning with dating, and moving on to marriage, in-laws, and children. 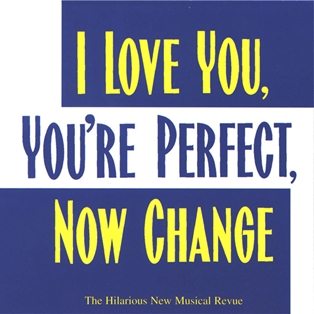 Sponsored by The Patio Place, I Love You, You’re Perfect, Now Change, is coming to the Amelia Community Theatre!

The book and lyrics are by Joe DiPietro, with music by Jimmy Roberts, and the play will be performed August 13-29, 2015. This production is directed by Toni D’Amico, with Musical Director Shelli D.Long.

This small-cast musical comedy is a celebration of the mating game, what it involves and what it may lead to: dating, love, marriage, in-laws, and children. Presented in a revue style, it pays tribute to those who have found the courage to ask, “What are you doing on Saturday night?” (Adult language and humor.) 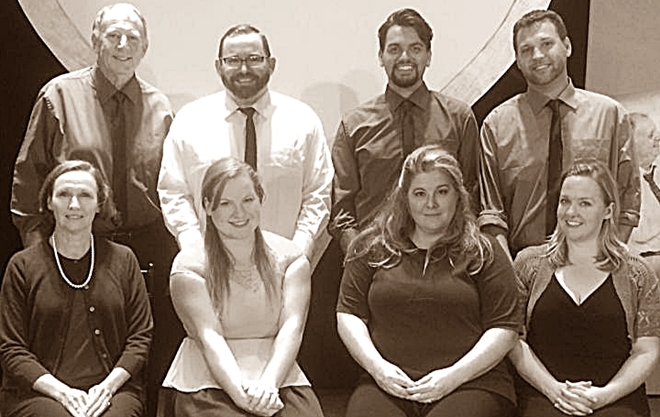 In a series of vignettes, this modern musical comedy presents the American mating game, beginning with dating, and moving on to marriage, in-laws, and children.

Our talented cast of eight play over 40 characters, such as the couple on a blind date, the perennial bridesmaid, the obsessive new parents, and strangers who discover that funerals can be a good place to find love.

An alternate title for this musical comedy is “Everything you have ever secretly thought about dating, romance, marriage, lovers, husbands, wives, and in-laws, but were afraid to admit.” The show does have adult content and humor.

When I Love You, You’re Perfect, Now Change premiered in 1995, a woman in the audience shouted out, “This is my life.” The cast knew then they were on to something special!

Sponsored by The Patio Place, a new bistro coming to downtown Fernandina Beach in the fall. Owned by ACT actor and volunteer Amy Petroy, the restaurant will feature fresh and healthy cuisine, with locally sourced ingredients and an international flavor. Amy will be providing refreshments for the Opening Night Party of this play serving crepe chocolate rolls and hummus with crepe chips. She will also have a cooking station in the lobby demonstrating the techniques she learned in Brittany, France for preparing authentic crepes using a billig (crepe machine).