When you are diagnosed with cancer, some of the worst imaginable thoughts go through your mind. When you tell your loved ones you have cancer, what they imagine is even worse! 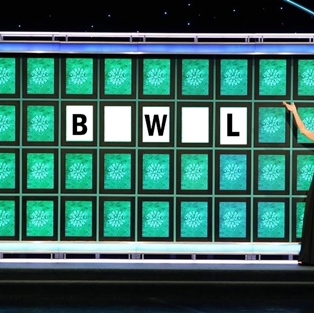 When you are diagnosed with cancer, some of the worst imaginable thoughts go through your mind. When you tell your loved ones you have cancer, what they imagine is even worse! Within two weeks I went from learning I had cancer to having about a foot of my colon and a portion of my rectum surgically removed to get this disease of epidemic proportions out of my body.

I remember waking up from the surgery in a combative state. I couldn’t swallow, I felt nauseated, and I was surrounded by people I didn’t know. Trying to sit up, I reached to clear my throat, a female nurse stopped my arm and explained I had a tube in my nose and I couldn’t take it out. I felt the head of my bed raise a little. I muttered, “I feel sick.” She waved an alcohol swab in front of me and said it would help. I took a breath and fell back to sleep.

The next time I woke up they were preparing to take me to the Intensive Care Unit (ICU) to recover. I was told about my procedure. They briefly told me that I was given a temporary ileostomy bag so my colon could recover. I was also informed that I had a cyst on my ovary and they called in an additional surgeon to remove the cyst, my ovary and one of my fallopian tubes. It had been a long surgery, over seven hours. They wheeled me past the waiting room where my husband and father had been waiting; they asked the inevitable question, “How are you feeling?”

“Great, how are you feeling?” I snapped back.

“We’ll get her settled in, and then you can come back and sit with her.” I heard someone say.

The tube in my nose, a nasogastric tube or NG Tube, was causing me to panic. It hurt like Hell and I was having trouble breathing. It was supposed to be removing the contents of my stomach, but I felt like I was going to puke. The last thing you want to do after having major abdominal surgery, is to retch, so the hospital staff worked hard to make me a little more comfortable.

Finally, they let my family come into the room. It hurt to talk so I mostly nodded now and then to be a part of their conversation as they filled me in on their waiting room experience.

I had tubes and wires everywhere. An IV in my hand, oxygen under my nose, a tube up my nose, a heart monitor, and a contraption on my fingertip to measure something or another. There was a bag collecting my urine, a little plastic bottle collecting fluid from my abdomen, the tube down my throat was suctioning into a bag place near my headboard, and I had the ileostomy. I think they took my temperature every hour on the hour. I looked like a million bucks, or more like I was costing insurance about a million bucks… and I was starting to feel the pain.

My colorectal cancer was found during a routine screening; I was 51, one year past the recommended age. Before the surgery, I had discussed with my husband if any of my female organs were in the way, it was fine with me to have them removed. At my age, and with three healthy adult children… I was done with those internal body parts anyway. As it turned out, it was good we had that discussion.

My husband told me the surgeon did have to form an ileostomy, a procedure we were hoping to avoid. This is when the take the lowest part of your small intestine and turn it inside out like the cuff of a sleeve, and then they stitch it to the outside of your abdomen, called a stoma. When you look at the stoma, you are actually looking at the lining of your intestine. A pouch system is then attached to your skin as a means to collect the body’s waste. There were two holes: one has mucus (distal), and the other one evacuates waste (proximal).

My son, an environmental scientist, stopped by with a beautiful pink orchid, and sat with us. My oldest daughter, who works for a colorectal surgeon in Chattanooga, was driving to Florida to be by my side. She had called while I was in surgery and said she wasn’t able to function at work and thought she should come home for a few days. From the time we told her my diagnosis she was asking for copies of my discharge papers and pathology reports. She deciphered the information into plain English. Her surgeons assured her that my surgeon was doing everything exactly the way they would. Their words confirmed what my doctor was saying, and it put the entire family a little more at ease. Our youngest daughter, who also works in the medical field, is a student at Florida State University and had made plans to come home the following afternoon from Tallahassee, just as soon as she finished taking an exam. It was no surprise to me when all three of them jumped at the opportunity to see my intestines sewn to the outside of my body. The oldest explained all the gory details to her siblings; while it truly was a heart-warming moment for me to watch them bond, all three of them enjoyed it way too much.

While the surgery was painful, and I absolutely detested the NG Tube, the most difficult part of all was waiting the expected three to four days for the pathology reports to come back from the lab. The surgeon felt the cancer was caught early enough that he was able to remove all of the diseased tissue. He also removed a margin of surrounding tissue and 12 lymph nodes, too, now we needed to wait for those results.

Humor helped me face these changes to my body. I teased my husband about it being a good thing we were already married because, “Hey, would you like to see my intestines?” is not a very good pick-up line.

At first, we had a very hard time getting the pouching system attached to my skin without any leakage. Home health care would come by and check my vitals, help us order ostomy supplies, and give us a pat on the back for doing so well, but no one really offered usable tips. Everyone warned not to get information off of the internet, but one of the best tips I learned was to put a little toilet paper into the commode before draining the pouch to reduce the splash, genius!

Since I have no control over when my stoma will evacuate, one of the home health care nurses told me to eat marshmallows. Though I’m not a big fan unless they are roasted and layered on a s’more while sitting around the campfire, I tried it a couple of times without success.

Flushing the commode twice, using Lysol, air fresheners and a little product suggested by a friend called Poo-Pourri helps reduce the bathroom odor of a household learning to live with an Ostomate. Occasionally, especially when I’ve been sleeping, the pouch will fill with a substantial amount of air (gas), so I’ll step into the master-bath to burp the pouch. Once, after a long day away from the house and our dog cooped up inside, I awoke to my husband circling our bed in the middle of the night, he was practically sleep-walking and shouting, “Someone shit on the floor, someone shit on the floor!” The dog’s name is Bentley; I immediately realized he was not blaming the dog.

On the third day after my surgery, the doctor came in with the pathology report. He had indeed removed all of the cancer. The margins of tissue surrounding the tumor had no cancer cells and all 12 of the lymph nodes had no cancer cells. The doctor added, “You do not need any chemotherapy or radiation.”

“Hallelujah!” I know I heard a chorus of angels singing.

It has been nine weeks since my laparoscopic, low anterior resection and I have learned that I still have a lot to learn about having a stoma, and about how I want to live the rest of my life. I’m supposed to grieve; I don’t know when that phase will hit me, but right now I’m pretty damn happy that I don’t have cancer anymore. I’m happy that my ileostomy is supposed to be reversed, and today I hope to learn when testing will be scheduled to make that a reality. The sooner the better! My husband and I are still learning to be empty nesters, and with our youngest in the middle of her junior year in college, I’d like to kick-off 2016 with all remnants of cancer in my rear-view mirror and recovered enough to start anew!