YouTube has made it possible for anyone with an internet connection to access hundreds of millions of people across the globe. 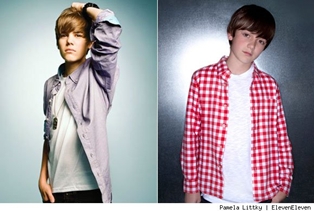 Even as recently as a decade ago, hopeful musicians who wanted to make it big generally relied on getting backing from a record company, and the chances of that happening to any given musician were pretty slim. These days, the playing field is a little more level, as YouTube has made it possible for anyone with an internet connection to access an audience of hundreds of millions of people across the globe.

It’s still rare for a musician to make the big time, even with the accessibility of self-promotion on the internet, but it does happen, and YouTube is now instrumental in seeing that the best up-and-coming musicians get the attention they deserve.

Probably the most famous example of an artist getting their start on YouTube is Justin Bieber. The young Canadian singer had nothing more than a karaoke machine, a YouTube account, and a voice of gold, and managed to turn that into a recipe for international superstardom. As any teenaged girl can tell you, he now sells out stadiums across the planet, and has a contract on Usher’s record label.

Greyson Chance has been called “the next Justin Bieber,” after he wowed the audience at his school festival by playing and singing a piano cover of a Lady Gaga song. His performance got uploaded to YouTube, and spread like wildfire across the internet. This led to attention from none other than Ellen Degeneres, who was looking for new artists to sign to her eleveneleven record label. Chance now has a contract with eleveneleven, and his debut album was released last year.

YouTube sensation Dondria wasn’t even looking to become a star when she first signed up for a YouTube account in 2006. She simply wanted to use the internet as a sounding board to assess whether she was a good singer, uploading videos of herself singing and asking for critiques. The verdict: the internet thought she was a great singer, and so did Jermaine Dupri – he liked her so much, he offered her a contract on the So So Def record label.

Esmée Denters had a similar start to Dondria, uploading casual videos of herself singing covers of popular R&B songs. Her sultry voice caught the attention of Justin Timberlake, who gave her a ticket to stardom and a record contract. She now has an album out and has toured with big-name artists like Enrique Iglesias.

If you’ve had dreams of being the next big music sensation, don’t hesitate, a YouTube account is free, and these artists have proven that you don’t need a lot of money or fancy recording equipment to upload a video that can launch a career.

About the author:
When Brynn isn’t scouring the internet for new music, videos, and her favorite viral features, she’s writing about music, festivals, and all things entertainment at Clickitticket.