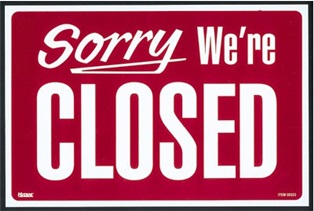 Here is another thought provoking piece by Dave Scott where he discusses Fernandina Beach impact fees and how this may be contributing to the empty store fronts in historic downtown.

“During a conversation at the Centre St. Amelia Island Coffee Shop the other day an acquaintance and life-long island resident told me that he counted 15 empty store fronts in the downtown area, a number he attributed mostly to the negative effect of the city’s reckless impact fees.

I may have missed it, but so far I haven’t seen a single letter, opinion-editorial or article in a local blog, online news site, in the bi-weekly News-Leader, or in a Jacksonville business or news gathering publication in support of Fernandina Beach’s controversial impact fees, just the opposite. In fact, I’ve never even met anyone who has voiced support for the fees and earlier this year even Circuit Court Judge Brian Davis ruled against the city’s fees in a bond validation case that is now headed to the state Supreme Court.

The only folks claiming they are beneficial are petty city bureaucrats led by its attorney, who have wasted some $600,000 of taxpayer money in legal fees trying to defend this indefensible “no-growth” formula.

Philip Griffin and Pat Keogh, two prominent local citizens, who are both active in area real estate development and have vested interests as well as the city’s best interests at heart, vehemently oppose the fees with Keogh calling them “highway robbery under the guise of government” and Griffin saying “they have contributed to the lack of reinvestment by the private sector in the city.”

City Manager Joe Gerrity was mayor when the fees were imposed and has been suspiciously silent during the controversy while Public Utilities Director John Mandrick continues his imitation of “It’s a Wonderful Life’s” Harry F. Potter, cackling and smirking as small businesses plead upon deaf ears for relief.

It is past time for the current crop of city commissioners who ran on “pro-business” platforms to do something: eliminate the fees and stop shoveling our tax money to lawyers to defend a no-growth and apparently illegal policy. Good grief folks, the law firm the city hired to defend these reckless fees isn’t even local.

Oh, at least the impact fee issue is masking another problem nobody at city hall wants to discuss, and that’s bringing the city’s future pension and employee benefit obligations in line with economic reality.