In the News, Wildlife

The Indian Rhino, is considered to have a vulnerable status in the wild with a population of approximately 2,500 remaining. 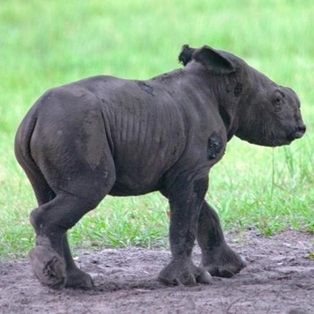 With all of the negative things in the news lately, here is a positively exciting tidbit from the White Oak Conservation Center:

“A new rhino calf is always an exciting addition for both staff and guests, but this particular birth took years of planning and coordination,” said Steve Shurter, Director of Conservation. “With the help of zoo partners, and a lot of patience and care from our vets and keepers, we were able to provide just the right environment for the parent rhinos to produce and raise their bouncing baby rhino calf. We couldn’t be more pleased with the result.”

The Indian, or Greater One-Horned Rhino, is considered to have a vulnerable status in the wild with a population of approximately 2,500 remaining. They are found in Nepal and India where they live in moist river valleys. The lifespan is expected to be 35-40 years. The Indian rhino is known as the “plated rhino”, having thick shields of skin that protect the animal’s vital areas during attacks or fights with other rhinos.