Hillary Clinton and her driver were cruising home along a country road one evening when an ancient cow loomed in front of the car. 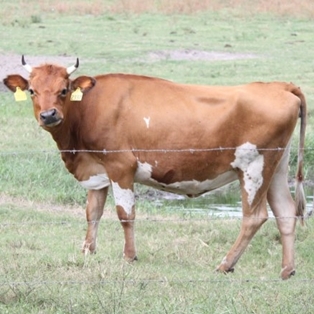 Here is a funny story for your Sunday enjoyment… well, unless you are a Hillary Clinton fan, then, you may NOT enjoy it. The original author is unknown.

Hillary Clinton and her driver were cruising home along a country road one evening when an ancient cow loomed in front of the car. The driver tried to avoid it but couldn’t. The aged cow was struck and killed.

Hillary told her driver to go up to the farmhouse and explain to the owners what had happened and pay them for the cow. She stayed in the car making phone calls.

About an hour later the driver staggered back to the car with his clothes in disarray. He was holding a half-empty bottle of expensive wine in one hand, a huge Cuban cigar in the other, and was smiling happily, smeared with lipstick.

“What happened to you,” asked Hillary?

“Well,” the driver replied, “the farmer gave me the cigar, his wife gave me the wine, and their beautiful twin daughters made passionate love to me.”

“What did you tell them?” asked Hillary.

The driver replied, “I just stepped inside the door and said, ‘I’m Hillary Clinton’s driver and I’ve just killed the old cow.’ The rest happened so fast I couldn’t stop it.”