It is He who is Dead and not I

It is time to point out to our "leaders" that we expect them to fight the country's real enemies; the ones that stole our jobs and left us homeless. It is clear that daily pressures of fear mongering are standing in our way of recovery. 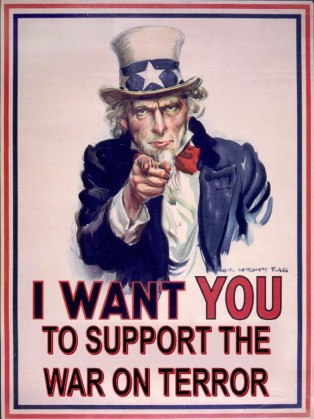 A Sign of Blasphemy if there ever was one

An Ohio man says he bulldozed his $350,000 home to keep a bank from foreclosing on it.
An Austin Texas man last week was so fed up with the IRS that something snapped in the man’s head and he burned down his house before getting into his small plane and then flew it into the local IRS building. Domestic terrorism?

A long time ago, some 33 years to be exact, I was private council and boardmember to a large Asylum in my hometown. My main function was to write stories and interview people, patients, doctors and staff for evaluations. In one conversation with the director of the Institute, a top expert in psychiatry, he explained to me the theory of the out-of-tune piano string. The brain is like a piano he said, most of the time you play in the medium ranges, which sound beautifully in tune but as you learn and get better you also get more adventurous and start using ranges in upper high and low keys and one day you may hit the key that is so screechingly out of tune with the rest that it makes everything fall apart, without foreboding or warning.

Life in America kind of reflects that scenario in recent years.

Look at some of yesterday’s news headlines :

Every day Life is laid down in Statistics

Welcome to the world we live in, where every day a number of people will hit the out-of-tune piano string and go off the deep end, far beyond the realization that the victims of their uncontrolled outbursts, are almost always innocent to the cause of their anger. Domestic terrorism…of course. Terrorism is an act of fundamental fanaticism on one hand or it is an act of total disengagement from life and society, that as a result of being longterm powerless, balancing your life has become impossible. I would think that recent domestic terrorism acts would fall in that last range.

Add to this the growing queasiness that we are being held hostage by the implanted fear of terrorism, rather than the reality of actually becoming a victim of terrorism and we have the perfect foundation for a wave of hysteria that has overrun our government.

Even though our government and nation is entirely organized, operated and administered by statistics, our government seems to govern based on incidents rather than statistical threats. There is no way that any legitimate government can ever declare a war on terrorism, especially not if the roots of this nation are anchored in what the British at the time called Terrorism in the New Colonies. The pure nature of terrorism is anchored in the fact that it will never cease to exist. There will always be the disenfranchised who seek to make their point through random violence.

Treating Americans like idiots and cowards is not going to take away the fact that we live in an open society and even though it may be a tad unrealistic to expect the average citizen to have a base understanding of statistical risk analysis, there is nothing misunderstood about two basic facts:
(1) The US is a country of 310 million people, who in the next 75 to 80 years will all perish and

(2) The chances that you’re directly subjected to a terrorist attack can, for all practical purposes, be calculated as zero.
Case in point, if 3,000 people die in the Twin Tower atrocity than that calculates into less than 1/1,000th of a percent of the population, or virtually zero.  Of course one person dying in full view of the media is a tragedy; a major symbol of our way of life and culture coming down with 3,000 deaths in full view of the media is a travesty that needs to be revenged, swift and hard.
But to expose the rest of a great nation to a lifetime of fear and cowardice demands a look at statistical realities.

Consider that on this very day, like yesterday and tomorrow, about 11,000 Americans will die. If you want to verify that, than just divide 310 million people by 78 years and divide the result by 365 days and you’ll find the truth. Tolstoy said: “It is he who is dead and not I”, and it is by that motto that we live our lives.
And Tolstoy was right, we don’t really want to be reminded of death every day, so why do we accept the nation being told daily how dangerous it is out there. I don’t think our Terrorism alarm color has been less than orange since 2001 and that is no way to live.

Here are some statistical facts you may not want to hear, but they nevertheless define all our insurance premiums and social security payments and have a huge impact on our quality of life through legislation and national commitment.
Around 9,000 Americans will die of “natural” causes, but 1,900 of the Americans who die today will be less than 65 and about 140 will be children. Some 50 Americans will be murdered today, including several women at the hand of their husbands or boyfriends and several children who will die from abuse and neglect. Around 88 of us will commit suicide, and another 120 will die in traffic accidents. Sad statistics.

Yet, no amount of statistical evidence, will make any difference to those who give themselves over to almost completely irrational fears.
And many of us today are the real victims of terrorism because of the irrational fears that our government loads on top of us everyday. We pay in real economic terms, we pay in social terms, we pay in terms of lifestyle and peace of mind. It is almost pathetic that a nation with a heritage of a George Washington, Susan B. Anthony and Martin Luther King decides to whimper behind false rituals that are part of a misnomer called “Security Theater”, which is sucking us dry financially and socially.

Our country’s murder rate is six times higher than that of most developed nations, yet (because?) we own collectively more than 200 million firearms in our homes. No matter on what side of the gun control issue you are, I think it’s safe to tell the government that we can take care of our own security and let them go back to what they are supposed to do, which in the current circumstances is providing the economic foundation that will give us jobs. JOBS is what we need, so that people can safely spend a dollar here and there. Put equal energy in getting the banks back in line and loan to companies that deserve it and can add to job building.

I’m definitely not the first one to write these lines and most certainly not the last one, considering that politically highly influential people like Zbigniew Brzezinski, former security advisor to the US wrote in the Washington Post of March 25, 2007: Constant reference to a “war on terror” did accomplish one major objective: It stimulated the emergence of a culture of fear. Fear obscures reason, intensifies emotions and makes it easier for demagogic politicians to mobilize the public on behalf of the policies they want to pursue.

After spending hundreds of billions of dollars and imprisoning millions of people in a 25 year War on Drugs, it’s only now slowly dawning that fighting a necessarily endless drug war in pursuit of an impossible goal might be a bad idea. How long will it take to admit that an endless war on terror, dedicated to making America a terror-free nation, is equally nonsensical?

Government has to stop treating us as infants and let us accept that of all the risks we’re facing, terror is a minor one, and by putting it on the front burner of our national security, it will guarantee that the terrorists will always win, even if it is only because success for them starts already with a paralyzed nation and a self imposed loss of our lifestyle. Who cares about bin Laden videos and audio tapes, yet we seem to whimper every time one gets airtime. Pathetic, I have no other word.

Maybe that’s why I love living here on Amelia Island, because it seems a world away from the fear that has enveloped this nation.