It’s Official; the Blues Festival is an Approved 501(c)3

The Blues Festival Committee is excited with the IRS approved non-profit status with a 501(c)3 letter, making sponsorships and donations tax deductible. 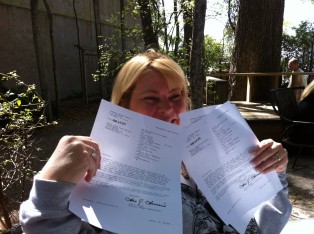 With a big smile on her face and a grin in her voice, founding Blues Festival Committee Member Susan Hurley announced that the Internal Revenue Service has approved the filed paperwork that makes The Amelia Island Blues Festival officially a tax deductible cause for corporations and individuals who have a warm heart and an open wallet for the cause.

So known patrons of the blues and business owners, be prepared to get a phone call or a knock on the door from one of the committee members soon, to become an honored and appreciated partner in the Amelia Island Blues Festival which is scheduled for September 16 and 17, 2011 on Main Beach with an impressive list of contracted top performers such as Pinetop Perkins, Willy “Big Eyes” Smith, Hurricane Wilson and Albert Castiglia.

The mission of the Blues Festival organization is to annually bring major Blues acts to Amelia Island and distribute surplus funds to the cause of furthering the abilities of the Nassau Baptist Hospital in their tasks of being our primary Health Care Provider.

Other ways to support the initiative of this annual event is a $10 Blues Society membership or the advance purchase of VIP Festival Passes at $100 p/p http://ameliaislandbluesfest.com/sales/vip-passes/ or by ordering a $20 or $25 (XXX-L) Blues Festival T-shirt and last but not least you can support the initiative by coming out in large numbers to the March 26 “Taste of the Blues” event on Main Beach. We serve wine, beer and bbq and the proceeds will support the festival. 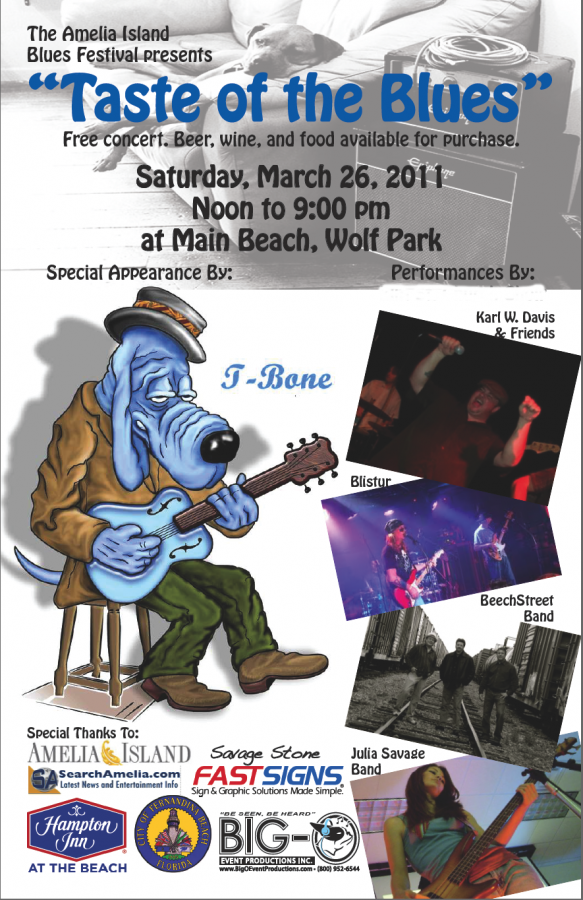 Poster a Taste of the Blues