VP Biden stated on The View that the passing of the Violence Against Women Act was the most significant thing he has ever done. 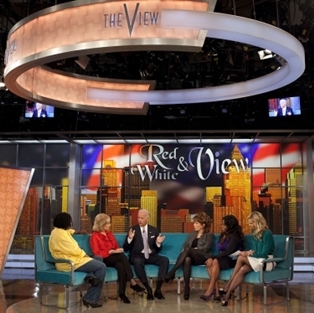 Joe Biden appeared on The View to talk about the increasing problem of teen violence, abuse, and bullying. It was seventeen years ago that the Violence Against Women Act was passed. Denise Brown, sister of Nicole Brown Simpson who was murdered in 1994, has been an advocate in preventing domestic violence for seventeen years as well. In fact, Denise was asked to speak in front of Congress about this piece of legislation to help get it passed! And it did!

VP Biden stated on The View that passing this particular legislation was the “most significant thing he has ever done in his life.” A bold statement from a bold man. Good for him – making a difference for women and standing up for their rights.

Since this law was passed the rate of domestic violence cases has decreased to 50%. That is good news. Unfortunately, the rate of rapes, and other sexual abuse cases for girls & women ages 16 to 24 has risen. Much of that is due to the higher degree of bullying, peer pressure, and the increase of social media tools like texting and Facebook where there is more exposure 24/7.

Biden did go on to say that “peer to peer communication is most often the best way for effective communication among teens.” They will often seek advice from their peers versus teachers or parents.

Healthy relationships need to be taught in the schools, and information shared about what determines a good relationship versus a destructive one. Sometimes it starts as extreme jealousy, or controlling another person through monitoring their every activity. Excessive texting, calling, or expecting a partner not to spend time with other friends, are clear warning signs of potential abuse.

This is a subject close to my heart. After being bullied as a child, and even as an adult, I’m sensitive to the negative effects it can have on a person. Let’s continue to fight for better legislation to create more laws that protect young girls and women in high school, college, homes, and in the workplace.

One place teens can go to talk to other teens about this and other issues is In Search of Me Cafe.