The juvenile suspect spoke with Fernandina detectives and confessed to the stolen bike and the attempt to steal the automobile. 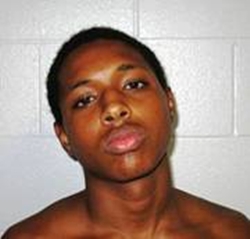 The juvenile used the stolen key fob to locate the vehicle in the lot and was inside the car and attempting to leave the area when he was interrupted by the victim’s daughter. The suspect jumped from the vehicle and fled the area on a bicycle.

Once on the scene officers conducted a search of the immediate area, broadcasting suspect description and other information to responding officers. Sergeant Jon Hepler recognized the description, having seen the suspect minutes before the information was broadcast. He also recalled a similar event from a few years ago and noted that the suspect in that case resided in a residential area near the YMCA. A focused search turned up the bike that the suspect had been riding earlier, and the bicycle was found to be stolen from the Residence Inn on Sadler Road the night prior to this crime.

Eventually the juvenile suspect agreed to speak with Fernandina Beach police detectives. The suspect provided a full confession statement regarding the stolen bicycle and the attempt to steal the automobile. He also confessed to another incident that occurred on August 5, 2012 at the Days Inn on Sadler Road. In that case he admitted to stealing two Apple I-Pad’s, along with computer accessories. He also admitted to taking some vehicle keys, although no vehicle was reported stolen at this location.

Ikeim Kwame Middleton, sixteen years of age, of Fernandina Beach, Florida will be charged with (2) two counts of grand theft and (1) one count of attempted grand theft auto.