He confessed to his involvement in five residential burglaries that all occurred in the early morning hours of September 6, 2014. 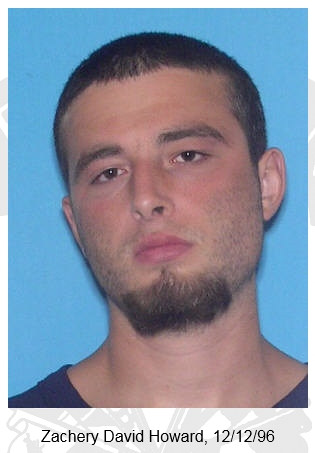 Press Release from the Fernandina Beach Police Department – The Fernandina Beach Police Department has charged a Jacksonville teen with six counts of residential burglary, five counts of grand theft, and three counts of vehicle burglary after a string of crimes over the past two weekends. At 2:41 AM on Saturday morning a neighbor watched as the offender and an accomplice drove with the lights out before backing their Kia into a driveway in the 1000 block of South Fletcher Avenue. The neighbor was immediately suspicious and called police.

The two offenders broke into the house in dynamic fashion, breaking the door jam and shattering glass from the door. They entered the house and then quickly fled the scene before crossing the street and attempting to break into a parked vehicle. A neighbor shouted at the pair and they then fled northbound in their own car. Officer Jorge Hernandez immediately pulled behind them and they fled westbound on Atlantic Boulevard at speeds over 70 MPH.

They eventually traveled down Centre Street and then turned southbound on Front Street, soon running out of options as they drove along the west side of the railroad tracks on rough gravel, eventually sliding off the dirt road into a ditch and then running from the vehicle on foot.

Officer Hernandez chased and caught one offender, Zachery David Howard, 12/12/96. The second offender remains at large, although detectives are actively working to make more arrests in this case.

Howard confessed to his involvement in this case and also confessed his involvement in five residential burglaries that all occurred in the 200 block of South Fletcher Avenue in the early morning hours of September 6, 2014. In those cases, more than $11,000.00 in loss was reported in the form of flat screen televisions, sound systems and other electronic devices. Howard and others also reportedly broke into a least two vehicles that night. Some of the proceeds from those burglaries were recovered after the events of this past weekend.

Howard was also charged with Fleeing and Eluding, and Resisting Arrest.