K-Mart in Fernandina Beach to close

In the News, Latest News, News 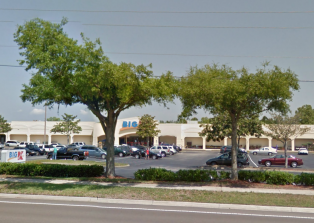 Sears, owner of the K-Mart brand has published the preliminary list of the Sears and K-Mart Stores to be closed nationwide as a result of very poor Holiday Season performance on top of years of bad management and economic distress; unfortunately the Fernandina Beach K-Mart store is part of the downsizing effort, which will leave another large empty space on Sadler Road and another 50 or so people unemployed.

79 Stores in 25 States didn’t make the cut and Florida leads the pack with 11 closings, while Sears Holding announced last Tuesday that it would close up to 120 stores to raise cash after a very disappointing Holiday Season.

Can’t escape the feeling that the axe was already up in the air for these stores before the Holiday Season even had started and poor sales was just an added excuse. At least the company waited until after the Christmas Holiday’s to make the announcements.

For a complete list of closures announced so far go to http://www.searsmedia.com/tools/122711_close.pdf