A $210 million property tax relief bill had been signed and would take effect for Floridian taxpayers in the 2012 season. 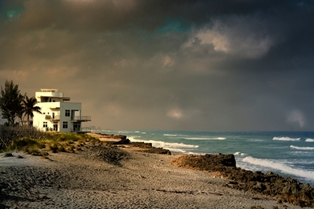 A shadow of doubt cast over the typically booming real estate market in the Sunshine state is finally lifting. After months of debate, the Florida Legislature met in mid-June for a Special Session lasting three days; after three days in session, legislators announced the result of their massive brainstorm. A $210 million property tax relief bill had been signed and would take effect for Floridian taxpayers in the 2012 tax season.

To balance their state budget, the Florida Legislature is making cuts from water districts that will result in job loss for a yet unreported number of workers. But jobs are not the only sacrifice that the water district will have to make – many are concerned about changes to the quality of the water as well as budgeting for state park restoration projects.

Katherine Aponte is one such concerned party. “If we’re going to have bad water, it’s not worth it.”

Kirk Fordham, CEO of the Everglades Foundation, fears the worst for Florida’s waterways and calls the bill “a slap in the face”. The Everglades park system has already faced deep budget cuts once this month from the House Appropriations committee.

In a state where tourism is king, a lot of outside revenue pours in for cute animated characters and thrilling rides. Amelia Island, however, relies on the rich scenery and sport to be had by its beach-goers whether in a kayak or behind a fishing pole. Droughts in Southern Florida paint a bleak picture for the future of state parks and, perhaps, the future of its booming tourism industry.

As the most subtropical state on the mainland, Florida is home to over 67 species of animals on the Federal endangered lists. Even though the bill has already been signed, residents concerned with preserving Florida’s native assets can start making conservation efforts at home. Federal tax cuts apply to many homeowners who seek to make their homes more “green” but there are limitations and hoops to jump through.

Look for part 2 of Keeping Florida Our Home Sweet Home next week, when we overview the tax season of 2012’s tax cuts you’ll want to jump on now, including the most “green” improvements for living spaces, rental properties and vacation homes.