Land of 40,627 Laws and Regulations More

America has too many laws, and the laws we do have are tedious, overly complex and sometimes not only impossible to understand, but impossible to comply with. 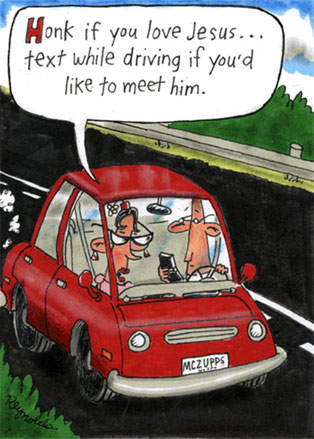 Where and when does it end?

Police say a teenage girl accidentally ran over and killed her 17-year-old brother as the two played around in a Mesa Arizona shopping mall parking lot. The sister had dropped off her brother at Superstition Springs Mall Saturday evening when they started playing around, with the brother jumping in front of the car and the sister slamming on the brakes. Tragically it all ended, when the sister was unable to stop and ran over the brother. He was rushed to a hospital in critical condition and later pronounced dead.

Which of the new or old Laws on the books would have prevented this tragic event?

January 1st 2010 saw 40,627 new laws on the books in the USA and its overseas territories and protectorates. There must be a law somewhere that prohibits playing with cars in parking lots; there may even be a law somewhere that forbids teenage siblings to play with each other. Maybe there should be one Umbrella Law that dictates You have to be 18 or even 21 to be able to obtain a Driver’s License. It’s not unusual anywhere else in the world today. In a country with about 300 million vehicles on the road, it should be much harder to obtain a driver’s license, and much easier to revoke a driver’s license. No doubt there are some of these laws in place, but to expect from a 16 and 17 year old to behave inside of these laws, is ludicrous. They should be playing on a bicycle or at best a moped and if a mishap occurs the result would likely translate into bruises that can be added to the experience of life, instead of the finality of this tragedy.

Experience is the hardest teacher because she gives the test first and the lessons afterwards. Unfortunately for this young man, he’ll never get to the lesson part.

In the ever growing complexity of our society we are facing ever growing rules and regulations, or Laws as we call them.
January 1st. 2010 was a big milestone in this scary look into the future with the introduction of 40,627 new laws that went into effect throughout the nation and its territories. That is some 800 on average per state in the union, covering as widely diverse topics as texting while driving to mold removal in homes and criminal laws against people who scam other people.

I wholeheartedly agree with a law against texting or even being on a phone while driving, or putting your make up on or shaving. I’ll even support a law against eating or drinking while driving. But you know what? If the government tries to regulate each and everyone of these Not-to-do-while-driving activities, they are not going to change people’s behavior. You can not use your cellphone is certain areas such as school zones, unless you have earphones. That’s crap.¬† They’ll criminalize and penalize it, but it’s not going to prevent the action and only going to increase the confusion. So why not make ONE LAW that prohibits every not relevant action and more while operating a vehicle on the public roads. When operating a vehicle, you will have at least one hand on the steering wheel at all times and you must be fully able (licensed) and capable (not sleepy, not drunk, not intoxicated or drug infested) to operate that vehicle. End of story.

30 years ago may have been more lenient, but today there are so many vehicles on the road that any diversion at any moment can be deadly. There a several thousand new laws on driving vehicles in the package that became law on January 1, 2010.

Here are a couple of reactions from people in the great state of Illinois on the introduction of texting and cellphone laws while driving a vehicle:

‚Ä¢”It’s a very good thing,” said Myra Wyatt, 42, of Lincoln Park. “Just yesterday I was texting in rush-hour traffic, and this new law will definitely make me think twice.”

‚Ä¢ “I don’t think it’ll stop people from texting,” said Ashlei Smith, of Bourbonnais. Smith said that even though she had a car crash in May while texting she did not plan to curb her habit. “It’s just an impulse,” she said.

‚Ä¢ Michaell Capparelli, of Uptown, went a step further, calling the law “ridiculous.” “They are telling you what you can and can’t do in your own car,” the 21-year-old said. “How do they know I can’t multi-task?

Do we really think people will happily adopt and obey these laws?

I have been a numbers man all my life and the realization that modern society requires me to know the Laws I am potentially exposed to, made me try to quantify the time needed to familiarize myself superficially with 40,627 new laws if I would spend 2 minutes per newly introduced law. It would take 81,254 minutes or 1,354 hours or 169¬† 8-hour workdays to know my rights and plights pertaining to these 40,000 plus laws.
If I would be a slow reader or reading impaired like 35% of the population, I would just have to take the total year to get acquainted with my country’s new laws and regulations. Frankly I don’t have the time, the money or the inclination where to begin finding them.

40,000 Laws going into effect on one New Year’s Day, makes you wonder how many laws there are on the books in this country.

Climbing into the World Wide Web for answers leads you to Wikipedia where the following is quoted about the US Laws:

The law of the United States consists of many levels of codified and uncodified forms of law, of which the most important is the United States Constitution, the foundation of the federal government of the United States. The Constitution sets out the boundaries of federal law, which consists of constitutional acts of Congress, constitutional treaties ratified by Congress, constitutional regulations promulgated by the executive branch, and case law originating from the federal judiciary.
The Constitution and federal law are the supreme law of the land, thus circumscribing state and territorial laws in the fifty U.S. states and in the territories. In the unique dual-sovereign system of American federalism (actually tripartite when one includes Indian reservations), states are the plenary sovereigns, while the federal sovereign possesses only the limited supreme authority enumerated in the Constitution. Indeed, states may grant their citizens broader rights than the federal Constitution as long as they do not infringe on any federal constitutional rights. Thus, most U.S. law (especially the actual “living law” of contract, tort, criminal, and family law experienced by the majority of citizens on a day-to-day basis) consists primarily of state law, which can and does vary greatly from one state to the next.

America has too many laws, and the laws we do have are tedious, overly complex and sometimes not only impossible to understand, but impossible to comply with. And that brings me to the question: If jurors can‚Äôt understand a law well enough to determine if someone broke it, just how do lawmakers expect citizens to understand it enough to obey it?

So if you are you looking for an exact number you’re not going to find it anywhere. My guess? A couple of million or more. Everything we do is governed even though we’re supposed to be the “land of the free” and I wonder if we’re collectively brave enough to change this. Maybe the young man in Arizona would still be alive. Then again maybe not…