Last Night Your Shadow Fell Upon My Lonely Room

Landslide Records performer Webb Wilder took me on a 1967 throwback ride to reflect on musical talent that often falls between the cracks. 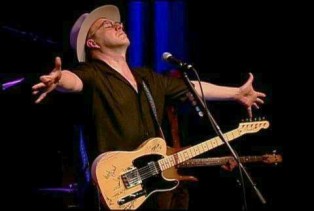 Oh where to start this story that takes me back to 1967, but isn’t really about me, or child hood memories. When someone sends me a press release to consider for Searchamelia, I usually go a bit further and research backgrounds of the story and a clearer all around picture about the message in the release.

So a couple of days ago I got a release in my inbox from island resident Michael Rothschild, mostly known locally because of his involvement with the Amelia Island Jazz Festival. Michael also has a record company he started in 1981 in Atlanta GA, Landslide Records, and since those early days he has made it his life’s work to scout and produce amazing and promising talent, mostly in his favorite arenas of blues, jazz and americana. He stood at the crib of quite a few genre greats such as Bruce Hampton, Tinsley Ellis, Sean Costello, Derek Trucks, Widespread Panic and others.

So when he sent me the following press release about Webb Wilder, I have to admit that I had no idea who he was talking about, but armed with this past experience I went on a hunt for more information. Needless to say the rest of my morning was gone. It was foremost revealing to find that Michael’s greatest music industry pet peeve is, that there’s no radio format here in the US that covers music which falls between the cracks.

My childhood friend Jack Bruning, who in the sixties was a hit DJ for Radio Luxembourg, often complained about the same, as we explored programming concepts such as the Dream Machine. It reminded me that success in popular arts; whether music, movies or painting and writing, was and has always been largely depended on exposure in the right places at the right times, preferably with a mass market appeal.

And honestly this is not a country specific phenomenon. In the Netherlands where I grew up, you had to be in Amsterdam or the Hague in the late 1960s to have any shot at stardom. The Beatles would have never found the spotlight if not for the affiliation with the Reeperbahn in Hamburg, followed by exposure in London’s Soho district. If you were Bob Dylan or Joni Mitchell you had to be in the New York Village in the early sixties, just as country stars even today head to Nashville and the love generation musicians found themselves in Haight Ashbury San Francisco.

My friend Joe Bonamassa moved from New York to LA more than 10 years ago and found the right audience to propel him from an amazing guitarist into a world-famous guitar player; Stevie Ray Vaughan, who sadly passed away exactly 25 years ago today (8/27) went to Europe to find recognition for the giant he was on guitar; the same goes for Jimi Hendrix, who made $100 a week as guitarist for the Isley Brothers in New York, but once discovered in London’s Hotspot Soho in 1966, he never looked back and became the highest paid performer at the Woodstock Festival.

My friend Chris Kellam, who fronts Jacksonville’s hard rock bank Blistur on lead guitar and vocals, deserves a global spotlight, but would only get the proper attention if he moved to LA. With wife, daughter, family and friends in Northeast Florida however that’s a hard choice to make, so consequently a lot of his talent unfortunately falls between the cracks of stardom.

Music that falls between the cracks.

Michael Rothschild promotes music and talent that has a propensity to fall between the cracks. I don’t think it was a conscious career choice, but it just turned out that way. A handful of years ago he let me in on a secret called Sean Costello . Since that introduction, I have collected every album Costello put out in his tragically short life. Simply amazing!

Experiencing a same vibe of recognition with this press release, I set out to find more information on Webb Wilder and it did not disappoint me. Rather Webb Wilder strikes me as another greatly underrated music performer who spent a lifetime in the trenches of music, never gaining a tracking momentum outside of the chitlin circuits, yet always hoping for the lucky break. Because that’s what it is, a lucky break, hardly ever related to talent, but almost always directly related to the right time and the right place.

While tackling Webb Wilder’s youTube presence I immediately recognized 2 songs that my band the Surgeons featured in our repertoire line up in 1967: ‘Baby Please Don’t Go’, a 19th century blues tune from the Mississippi delta, brought to Europe and the world by then 19 year old Van Morrison as frontman of the Irish blues-rock band Them, and a garage band front-runner of the psychedelic era titled ‘I had too much to dream last night’ by the Electric Prunes. And that’s when I lost a couple of hours reminiscing the sixties, when rock, blues-rock and beat were still new and later superstars were still learning to master their instruments.

Guitar God Jimmy Page, who later starred in Led Zeppelin, was reportedly the session guitarist on Them’s ‘Baby Please Don’t Go’ and “I had too much to dream” was recorded at Leon Russell’s house on a 4-track machine.
Kudos to Webb Wilder for bringing these cherished memories back to me and especially for the quality of his voice and guitar playing. I had fun spending a couple of hours back in 1967 and I will make an effort to attend his new album release party on September 25 in Nashville, TN when we’re visiting our old friends Ric and Kay Ronveaux who moved there 6 months ago from Amelia Island.

NASHVILLE, TN – Landslide Records is proud to announce a September 25th release date for Mississippi Moderne, the all new album from veteran roots rocker, Webb Wilder. A 2011 inductee into the Mississippi Musicians Hall Of Fame, Wilder has crafted a lively recording that pays homage to his home state through a striking set of originals, coupled with distinctive cover renditions that stretch from tunes by the Kinks to Charlie Rich and Jimmy Reed. Given superb backing from his highly accomplished and longtime bandmates, the Beatnecks (Tom Comet, bass, Bob Williams, guitar, and Jimmy Lester, drums), Mississippi Moderne captures the full flavor of Wilder’s raucous style, based on his singular baritone vocal delivery, solid guitar, a tight, punchy rhythmic foundation and some surprising touches of the heart added in as well.

Tracked at Studio 19 (originally Scotty Moore’s Music City Recorders) in Nashville and produced by Wilder, Tom Comet, Bob Williams and Joe McMahan, Mississippi Moderne represents the first new Webb Wilder album since 2009, and it shows that the man has, without question, furthered his charismatic singing style while maintaining a strong group of musicians who are well-schooled in cranking out Wilder’s unique brand of energized rock and roll music. The package also showcases Wilder’s compelling ability to write catchy melodies and lyrics, either on his own or with notable co-writers Dan Penn, John Hadley and Patrick Sweany.

The Hattiesburg, Mississippi native first hit nationally in 1986 with the now iconic classic, ‘It Came from Nashville’, and ever since he has confounded a slew of fans and critics attempting to define and categorize his style. As 20th Century Guitar Magazine noted, Wilder is “a master at scrambling the sounds, songs and threads of country, blues, British rock, rockabilly, and the freedom and emotion of soul music.”

Wilder has always described his sound as simply “a roots band for rock fans and a rock band for roots fans. On Mississippi Moderne, we’ve kept some of our trademark craziness, but there’s also a lot of roots solidity and some balladry to boot.”
To celebrate Mississippi Moderne, Webb Wilder and the Beatnecks will appear in Nashville on September 25th for a CD release party at the Basement East. On September 30 in Franklin, Tennessee, Webb will perform as part of a Music City Roots Benefit Concert for Tommy Womack that also includes Jason & the Scorchers, Todd Snider and Will Kimbrough & Friends at the Factory (www.musiccityroots.com).

And on September 28 at 7:00 PM Central Time, Webb will be the featured interview guest on the Roots Radio Hour, streaming live on the Music City Roots app and WHPY 94.5 Hippie Radio (www.hippieradio945.com).
In addition, a full slate of bookings in the United States and overseas will follow that feature Webb Wilder in both a solo setting (including shows as special guest for Dave & Phil Alvin) as well as full-out band shows with the dynamic Beatnecks.

I HAD TOO MUCH TO DREAM LAST NIGHT :