Laughter is The Best Medicine

Laughter seems to be comprised of a repertoire of sounds. It's not just one sound. It's a very neutral kind of sound. 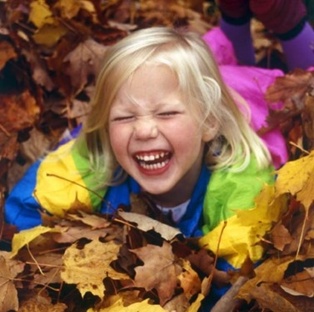 Why is laughter the best medicine? In a study of the acoustics of laughter, investigators found that sounds ranged from grunts and snorts to “song-like” utterances, but “hee-hee” and “ho-ho” were nowhere to be heard.

Laughter seems to be comprised of a repertoire of sounds. It’s not just one sound. It’s a very neutral kind of sound. And in contrast to some of our expectations of what laughter sounds like, we don’t produce ‘tee-hee’ or ‘ho-ho’-like laughs, literally, none of those. We just don’t do that.

Investigators explored the frequency, duration, and types of sounds that are present in bouts of laughter — as well as the influences that drive laughter and the effects laughter has on those who hear it. The researchers analyzed more than 1,000 bouts of laughter among 97 men and women who viewed humorous video clips. It turns out that the acoustics of laughter is an extremely complex phenomenon that differs in many ways from standard speech.

For one, according to the researchers, laughter is physically generated from a much wider variety of anatomical sounds than everyday speech is, and it does not seem to carry a single pitch or tone.

In particular, the authors note that laughs may emerge as song-like sounds, grunts or snorts, to name the most common forms. They found that men tend to emit grunt-like laughs more often than women, while women tend to produce more song-like giggles or chuckles. However, neither sex relies exclusively on one type of laughter — with almost 85% of individuals producing two of the three types of dominant sounds.

And both men and women laugh at a pitch that is considerably higher than that used in daily speech. Men often laughed within the vocal range of a trained female soprano singer, while women could vocalize at almost twice that level. And male and female patterns of laughing sometimes include non-linear qualities with no central tone — sound patterns previously observed in certain dogs, monkeys and human babies’ crying. The researchers suggest that this type of unharmonious laughing may have the unconscious purpose of eliciting a higher level of emotional response from a listener.

In fact, the primary purpose of laughter is to do just that — provoke an emotional reaction among those who hear the laugh and thereby shape the listener’s behavior and response.