Lessons from the Globalization of Stereotypes

Feature, In the News, Latest News 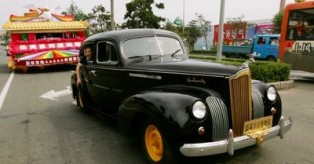 As a Chinese developer is angered by the Icelandic decision to reject his bid and plan for a resort development on the North Atlantic island, calling the decision a sign of Western Hypocrisy and Prejudice stereotyping against China, western companies and especially car companies are grappling with an alternate universe of brand associations in China.

In China, where the market for imported passenger cars dates back only a little over two decades, an entirely alternate set of stereotypes is taking root — and the stakes have never been higher for foreign carmakers. Take, for example, Mercedes-Benz, a brand that in much of the world suggests upscale respectability portrays the domain of the retiree in China .  The Buick, long associated in the United States with drivers who have a soft spot for the early-bird special at a Smorgasbord, is by contrast one of the hottest luxury cars in China.   But get this, as the Audi brand is taking over the BMW progressive quality formula in the US, in China the Audi A6 has developed a reputation as the semi-official choice of Chinese bureaucrats. From the country’s southern reaches to its northern capital, the A6’s slick frame and invariably tinted windows exude an aura of state privilege, authority and, to many ordinary citizens, a whiff of corruption.   “Audi is still the de facto car for government officials,” said Wang Zhi, a Beijing taxi driver who has been plying the capital’s gridlocked streets for 18 years. “It’s always best to yield to an Audi — you never know who you’re messing with, but chances are it’s someone self-important.”

With annual growth hovering above 30 percent in recent years, the Chinese auto market is rapidly surpassing the United States’ as the world’s most lucrative and strategically important. Last year alone, the Chinese bought an estimated 13.8 million passenger vehicles, handily topping the 11.6 million units sold in the United States. Foreign-origin brands, most of which are manufactured in China through joint ventures, accounted for 64 percent of total sales in 2010, according to the China Association of Automobile Manufacturers. Even if Chinese brand associations can seem remote and perhaps amusing to those outside the country, no one can simply overlook that in 2010, Buick sold over 550,000 cars in China, more than triple its sales in the United States, while Audi sold 227,938 vehicles in China of which almost 50,000 to the government and more than double the number in the United States.

BMW, which only entered the Chinese market in 2003, has found itself in an uphill battle as the brand BMW has acquired a reputation as a vehicle for the arrogant and the rash, making it largely off-limits to wealthy officials who prefer a low-key public image. Part of this stereotype is rooted in a 2003 incident in which a young female driver in the northeastern city of Harbin intentionally ran over and killed an impoverished man who had accidentally dented her BMW X5. Despite the transparent nature of the case — a clear motive and numerous eyewitnesses — the case was settled out of court for $11,000. The incident was seen as driving a wedge between China’s rich and poor, damaging BMW’s nascent image.   More recently, a driver in a BMW M6 struck and killed a pedestrian during an illegal street race in the city of Nanjing, setting off a public outcry. “If it hadn’t been a BMW, I don’t think it would have been as big of a deal,” said a young man who had taken part in the race and spoke on the condition of anonymity because he was awaiting trial. “Had it been all Toyotas, Mitsubishis or even Audis, I don’t think it would have provoked as dire a reaction.”

Stereotyping can be a PR nightmare or a godsend  for any company or country trying to globalize its influence. For example General Motors has found the Chinese market to be a life-saving opportunity for the reinvention of the Buick brand. Since 2005, when Bob Lutz, the vice chairman of G.M., famously declared Buick a “damaged brand,” America’s oldest surviving automobile brand has successfully positioned itself in China as a top-tier luxury carmaker.   Even though largely the result of effective marketing and remodeling, it did help more than just a bit that China’s romance with the Buick also has historical roots. The last Chinese emperor, Pu Yi, was the proud owner of two Buicks, as was the country’s first provisional president, Dr. Sun Yat-sen. The black Buick 8 driven by onetime prime minister, Zhou Enlai, is still displayed at his former residence in Shanghai, now a museum.   Sina Weibo, the country’s most popular microblogging service, a recent posting summed up the car clichés as “A gathering of Mercedes indicates a get-together for old folks, a group of BMWs means young nouveaux riches are about to run someone over and have a party and several Audis, and you know it’s a government meeting.”
This stereo-typing may be of interest to individual brand perceptions, but it also enforces the cliché in this particular case that German built Cars are Superior.

A Chinaman in Iceland

Millionaire Chinese Developer Huang Nubo should have realized that the rejection of his plan to build a resort on Iceland, is anchored in stereo-typing that can only be overcome by time. He should have partnered with a local ice-lander in this first venture, and learn that investing in a culture and its common ethnic ancestry works much better than assuming that money can buy off a stereo-typical form of national, chauvinistic or protectionist patriotism.

Corporate or global brand stereo-typing can be effectively and rather speedily addressed in these days of massive and interactive communications. Buy the services of a well loved top performer, artist, sportsman or national hero, and execute a believable PR program and stereo-types will change rather quickly. In the 1980s, perception was everything in American stores was Made in Japan and in the 1980s, Japan was seen as evil, as they were buying every Golfcourse in America. Reality is now in 2011 that about 170 courses in the US (out of 14,000 plus course), primarily on the westcoast and Hawaii, are owned by Japanese interests.

National stereo-typing has taken centuries to develop and it will take time and actual political policy adjustments to change. My grandparents called China the Yellow Threat in the early 1960s. There is no doubt in my mind that there are quite a few grandparents today who tell their grand children about the dangers of the Muslim Threat. In my early years I lived and worked with highly stereo-typed cultures: don’t trust a German, count your fingers when you’re dealing with a Jewish partner, you’ll never understand the Chinese Culture, Muslims are out to get you, the French are the best cooks and lovers (hahaha), blondes have more fun, Africans have smaller brains, Latin people are lazy….oh I could continue for another paragraph. And I’ve learned that all of these stereo-types are based on ignorance and stupidity and do a tremendous injustice to mankind.

I am glad to live in a world where ongoing technological and communications improvements allow us to quickly find out when global stereo typing is steering us wrong.
Last week for example I learned that stem cell research has effectively stopped in the USA , leaving notably China as the global frontrunner, for what could well be the only medical solution in a future of immense cost increases of medical and pharmaceutical availability. Stereo-typing should not lead to situations where human health and cures for heart disease, cancers, Aids, Immune deficiencies etc. can come from any corner of the globe.