Based on a true story, <em>TICO</em> is written in English and in Spanish. Read it in one language and then flip it around to read it in the other. 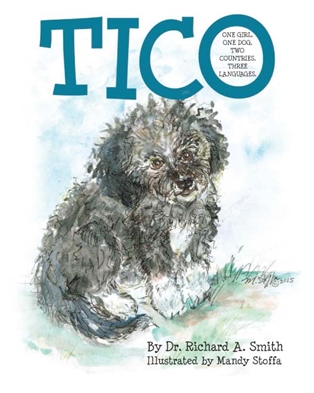 All are welcome to stop by Lulu’s at the Thompson house for a meet and greet, and book signing. Rich will be there as well as the book’s illustrator, Mandy Stoffa.

TICO is the story of one girl, one dog, two countries and three languages. Poor, lonely puppy Tico lives on the streets of Costa Rica. He has no family, and barely survives on scraps and handouts. One day, Tico meets an outgoing American student, and she starts to feed and care for him. But, when the student has to return to the U.S., will Tico be forced to go back to living on the streets?

Based on a true story, TICO is written in English and in Spanish. Read it in one language and then flip it around to read it in the other. What’s the third language? Wait & see!

TICO is by Dr. Richard A. Smith and illustrated by Mandy Stoffa. María Díaz created the Spanish translation and Jude Dvorak designed the book layout. 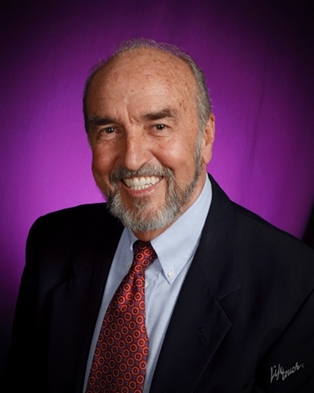 Dr. Richard A. Smith is Professor Emeritus of Elementary Education at Kutztown University of Pennsylvania, where he taught for over 20 years. His teaching experiences at the elementary and middle school levels aided in the development of his first children’s book, TICO. He lives on Amelia Island, Florida with his wife of over 50 years, Julie, and works as Director of Parish Life at St. Peter’s Episcopal Church in Fernandina Beach.

Mandy K. Stoffa is a fifth generation Floridian who draws inspiration for her artwork from the beauty and natural surroundings of her native state. She earned her Bachelor’s and Master’s degrees in Fine Arts from Florida State University, and has taught and created art in various media for many years. She lives in North Florida with her husband and her kitty cat, Violette.

After the book release on October 17th, copies of TICO can be purchased on amazon.com.