Local Cops Have Crime and Criminals on the Run 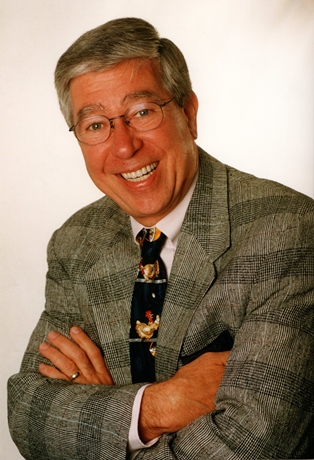 Dave Scott’s blog this week talks about our local city and county police departments, outrageous retirement packages, local treasure hunting, Atlanta and more… and you can read it first on SearchAmelia.com!

While it appears that both Nassau County and Fernandina Beach law enforcement agencies are doing bang-up jobs it also appears that a few of those that do commit illegal acts hereabouts have elevators that don’t go all the way to the top.

Nassau County Sheriff Bill Leeper reports that crime fell by 17.2 percent county-wide, well below the state average of 4.7 percent, and Fernandina Beach has the lowest crime rate in its recorded history despite reducing its force from 35 to 30 full time officers, Fernandina Police Chief James Hurley, tells me.

According to the Uniform Crime Report (UCR) statistics provided by the Florida Department of Law Enforcement (FDLE) there were 247 fewer county crimes overall in 2013 than 2012 in Nassau County.

In Fernandina Beach Chief Hurley has done a number of things to bolster his department’s law enforcement presence including using many of his retired officers and organizing a crack volunteer auxiliary force in a variety of effective ways. He added that “social media is also becoming a rapidly developing tool, as you would expect, as is technology in general.

“Faster communications is important when you are looking for information or just to get the word out about a trend or incident and the folks we have do a terrific job,” he says. But, he’s not complacent saying “I’m reluctant to poke the crime devil… this job is sometimes about holding your breath.”

It also appears that many criminals on Amelia Island stay out in the sun too long. For example a would-be bank robber, who after bungling his first bank heist, had his girl friend drive him a few blocks away to a second bank and then attempted to escape across Shave Bridge where the cops, alerted by employees of the first failed robbery, had blocked the bridge, and tracked him in the stopped line of traffic through a GPS device located in the stolen loot.

And then there was the guy who assaulted a woman in her car and then called her on his cell phone he left in the back seat and arranged to meet her so she could return it to him. She brought the police along to help in the transaction with this dimwit.

We are indeed fortunate to have a chief and a police force and a sheriff and deputies that are the envy of many much larger municipalities.

A Voice Of Reason: I’ve never met Fernandina Beach resident Gary Fierro but based on his Jacksonville Times-Union “Lead Letter” City cannot afford current pension deal (Sunday, June 1, 2014) he factually and logically shredded Jacksonville Mayor Alvin Brown for approving “outrageous retirement packages” and a “weak city council” for “refusing to stand up to the transgressions of past office holders.” He rightly said it was “another sad example of out-of-control government abusing its power by taking advantage of citizens they purportedly serve.” Hurrah for Mr. Fiarro for accurately describing a situation that the folks in Fernandina Beach will soon be facing as well, but whose elected commissioners would rather not discuss and deflect by spending their time on such “vital” issues as back-yard chickens, beach water slides, seating arrangements, and whether dogs can eat on restaurant patios. Mr. Fierro, have you ever considered running for the Fernandina Beach city commission?

Speaking Of Outrageous Retirement Packages: Our next door neighbor Georgia’s state and local governments face a deficit of more than $23 billion for the lifetime health benefits promised to public workers when they retire says the Atlanta Journal Constitution and they have no alternatives left but to substantially reduce the benefits or require employees, retirees and taxpayers to pay more. And that’s on top of a $23 billion shortfall in pension funds. We have a lot of Georgia retirees hereabouts who will be hit by this, including teachers who live here and teach in St. Mary’s or other nearby Georgia towns, and others who plan to move here from the Peach State who may have to change those plans because of politicians promising tax payer money that doesn’t exist and ignoring the issue until it’s too late. Tax payers will not only get hit eventually with higher rates but also with fewer services, while the city will have less money to hire employees and provide salary increases. Not a pretty picture.

Have Local Treasure Hunters Found Their Pot Of Gold? It is estimated that more than $2 billion in treasure is buried in sand just off the south end of Amelia island in what is left of the Spanish galleon San Miguel, which sank in August 1715 and has been the object of island treasure hunters who hang out at the South 8th Street Maritime Museum and poke around in the ocean floor from their research and recovery vessel Polly L. They recently plucked a silver coin from their designated site with a date on it that indicates they are very close to hitting the jackpot, and if so they stand to rake in 80 percent of the loot, a sum that would make Mel Fisher’s famous Key West find look like a kid’s piggy bank. The state takes the other 20 percent.

Dogs Purge “Poet Laureate”: The University of Georgia recently shed itself of four players arrested this past spring with three of the miscreants headed for the Louisville football team with the latest being safety Tray Matthews, who was preceded by safety Josh Harvey Clemons and cornerback Shaq Wiggins who so eloquently tweeted “my boy tray coming to da Ville wit me and day boy JHC. It’s gone get ugly.” I doubt Mr. Wiggins is majoring in English Literature and assume the school has hired someone to read the team’s playbook to him.

Beer Stuff: When the new brew bar at the corner of downtown’s Centre and S. 4th Street opens sometime next spring it’ll feature eight of its own special brewed beers and four brewed around the first coast. It will also hopefully be licensed to serve liquor. The Salty Pelican’s Al Waldis and T.J. Pelletier tell me that the name has yet to be determined but that the brew-pub will seat 150 and feature European food, possibly with a German accent. And speaking of beer, T.J. and Al’s Front Street Salty Pelican boasts 14 draught beers plus many more in bottles and if you want to try something really different not related to beer and introduce a few more very tasty calories to your system ask for the Pelican’s special beignet with chocolate sauce on the side.

Things I wish I Had Said: Friend Benita Dodd of Georgia’s Public Policy Foundation put the “terrorists for US Army deserter swap” in succinct simple words saying, “My apologies. I thought President Obama had negotiated with terrorists. It now appears I was wrong. In fact, he did not negotiate with terrorists. He just gave them what they wanted.”

Things I Didn’t Know Department: 2014 marks the 50th anniversary of Georgia Tech bolting the SEC due to a scholarship issue that caused then Coach Bobby Todd to yank the Yellow Jackets out of that football powerhouse in January 1964, an organization Tech helped found in 1932. Tech was more than competitive too, with winning records against Tennessee, Auburn, Alabama and Georgia and tied with Florida from 1951 to its departure and winning the national championship in 1952, says the Atlanta Journal-Constitution’s Mark Bradley.

The Detroit Of The South: Despite crumbling and corrupt school systems; failed transportation initiatives to unclog massive traffic congestion; horrible crime; political cronyism; an almost bankrupt public transportation system run by inept bureaucrats; corrupt and indicted public officials; city agencies raging from the Watershed Department to Workforce Development being used as private piggy banks, the city of Atlanta is pressing ahead to build a $1.2 billion new football stadium for its NFL Falcons to replace the perfectly good 20-year old Georgia Dome, with the Atlanta Journal-Constitution reporting that up to $400 million will be coming from locals and visitors through various taxes. And if that isn’t enough, it appears that recently feral pigs have been discovered crashing through some Atlanta suburbs, some that didn’t even appear on local ballots. Oh, and the Atlanta Braves have abandoned downtown for the Northern suburbs of Cobb County asking voters there to cough up millions for a new stadium while Atlanta’s 17-year-old Turner Field sits vacant, and surrounded by derelict neighborhoods. Will the Braves bring along Atlanta’s panhandlers, muggers, street hawkers, filth, etc? These are all good reasons I am delighted to have that Southern cesspool in my rearview mirror.

Redefining Poor: “Thanks to America’s free market system the average poor American has more living space than the typical non-poor person in Sweden, France or the United Kingdom. In 1970, the year I was born, only 36 percent of the U.S. population enjoyed air conditioning. Today, 80 percent of poor households in America have air conditioning and 96 percent of poor parents say that their children were never hungry at any time in the preceding year because they could not afford food.” – U.S. Senator Ted Cruz (R-TX)

Russian Journalism: The RT (Russia Today) Broadcasting Network International broadcasts in a number of languages in some 100 countries and is just one of many foreign TV networks where we can tune for their version of news and entertainment. I am skeptical of its “news” reporting but it recently broadcast a story that caught my attention despite the network’s dubious credibility, when it reported that some 400 TSA agents in the US have been fired for stealing in the past 10 years but so far not one terrorist has been discovered by them. Well, folks I don’t recall a single news story about TSA nabbing a terrorist but I do recall many about TSA folks stealing passenger’s stuff. Maybe the RET Network actually did some factual reporting.

“Holy Cow” As Harry Carey Used To Say: Unlike football, basketball and hockey, baseball seems to attract players with colorful catchy names and there are several currently playing that are labeled with my favorite monikers: Felix Pie and Coco Crisp, outfielders for Cleveland and Oakland respectively; and Buster Posey, catcher for San Francisco. Players of the past whose names caught my attention included Mookie Wilson, Pokey Reese, Trot Nixon, Chili Davis, Catfish Hunter, Oil Can Boyd and Bobo Newsome. And those a bit older will certainly recall the names Dizzy and Daffy Dean, and my hall of fame best baseball names of all time: Bo Belinsky and Minnie Minoso. If a colorful name was criteria for making the majors then former Atlanta minor league catcher Scooter Tucker would have been a shoo-in.

Drinking, Dining & Dancing: Despite rumors that outrageous impact fees drove him away, Demy Martin, owner of seven Dunkin’ Donuts/Baskin Robins shops in Northeast Florida, tells the Jacksonville Times-Union that he’s opening one of them in the abandoned Wendy’s fast food site on South 8th St. but didn’t say when. A sign has popped up recently in front of the shuttered Cotton Eye Joe, saying “Bucketz Oyster Bar & Tavern,” but no indication of when it will open its doors. This Highway 200/A1A location just west of Shave Bridge has been home to four different eating and drinking joints the past five years if my memory serves me right. Wines By Steve will be moving at a date to be announced from its current location to Palmetto Walk, 4924 First Coast Highway across the parking lot from Barzin says Steve Raszkin, claiming the new location will provide more room for tastings and browsing and even include a porch. Call ’em at (904) 557-1506.