Dealer found guilty of charges from two separate drug trials and sentenced to a lengthy stay in the Florida State Prison system. 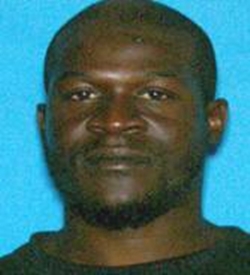 Fernandina Beach, FL – A local man was sentenced this afternoon to serve two consecutive terms of fifteen years for each conviction for cocaine distribution. Enrico Roberts was found guilty of the charges from two separate drug trials last month and was sentenced by Judge Robert Foster to a lengthy stay in the Florida State Prison system.

Roberts sold cocaine on two separate occasions to an undercover confidential informant that was working for the Fernandina Beach Police Department. Roberts was arrested in December 2010 by Fernandina Beach Police and agents of the Drug Enforcement Administration (DEA Task Force). Sixteen other arrests were made at that time during the investigation dubbed “Operation Island-wide.”

Roberts has a long history with local law enforcement for drug related crimes, dating back to 2001 when he was charged with the sale and distribution of cocaine and for firing a weapon into a dwelling. He served five years in state prison for these offenses. He was later arrested again for various offenses, including marijuana possession and destroying evidence (2008), trafficking cocaine (2008), possession of cocaine within 1000 feet of a school (2008), possession of methamphetamines with intent to distribute (2008), and loitering/prowling and cocaine possession (2009).