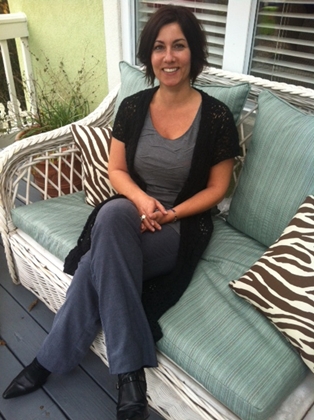 In only six events of the 2013 PGA season, Cameron Beckman placed 2nd on the tour mid-July at the rainy Sanderson Farms Championship that included an exciting ending. Beckman got in seven holes during the opening round Thursday before the rains stopped play. Back in 2001, Beckman won this tournament, the Southern Farm Bureau Classic, and he has made the cut each of the 12 times he has played there. By Friday afternoon he was two shots off the lead at 8 under to end his second round.

Having only two top 25 finishes in 2012, of 26 events played, it is obvious Beckman is using a secret weapon for 2013! Is it his new TaylorMade cap? Does he have a magic driver, perhaps a putter with a built in scope? No, what this PGA golfer has that has helped improve his game is Dawn Grant, a mental trainer and hypnotherapist who is currently working with him to Master the Zone.

Dawn has worked with over 20 PGA and LPGA athletes successfully helping them improve sport performance and her client list has expanded into Olympic Athletes as well as the 2013 US Open Sporting Clays Champion, Wendall Cherry.

Beckman began working with Grant in 2007 when they were introduced through Reflexologist Jim Weathers. Dawn starts her elite, athletic clients with some personalized affirmations, and then she introduces them to her popular program, 20 Minute Hypnosis for Transformations, before moving on to individualized sessions. PGA golfers average a 219% increase in earnings after just five sessions with Mental Trainer Dawn Grant!

Whether you are playing to make the cut, aiming at a target or dealing with the stress of everyday life, she knows how to get you calm, relaxed and focused.