The last video in a series that portrays the making of an Indie Movie on Amelia Island. Oyster Bay developer Marc Footlik interviews Diary of Preston Plummer producer Jane Kosek. 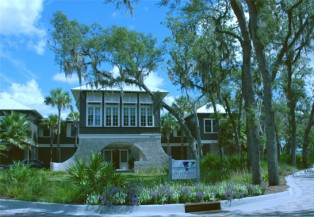 The Inn at Oyster Bay Harbour and Yacht Club

Rather than repeating the words of a video interview, I borrowed the story as Jane Kosek put it on her blog site before the filming of The Diary of Preston Plummer began. Reading the story and then interviewing her when it’s all over, gives a much deeper sense of satisfaction for all involved; at least in my opinion.

Here it is in Jane’s own words.

I have a calm moment on this Saturday morning as I sip my coffee here on Amelia Island so I thought I would do a quick post and profess our gratitude for being here.

After a decade, we are finally on Fernandina Beach on Amelia Island prepping for our film The Diary of Preston Plummer. We pinch ourselves every day when we wake up — knowing the intense journey that brought us here and the long, but exciting, road ahead of us.

At this time, I feel pretty good and confident that we are on track with securing our resources, cast, crew, locations, and equipment. The support from vendors all across the country has been incredible and the support from the people who will be working on the film, acting in it, and the community in which we have been filming has truly been unbelievable.
And I mean it when I say unbelievable. Sean (the director) and I have been awe-struck by the generosity of others.

First, the actors whom we have cast are being paid virtually nothing and yet they are excited and treating the picture as if it were much larger. So thank you Trevor Morgan, Rumer Willis, Robert Loggia, Erin Dilly and Christopher Cousins. We can’t wait to work with you.

Second, I need to bless our crew for being willing to come to an island and make practically nothing and live in a beach house and work under the hot Florida sun. We love you and we will owe each and every one of you forever.

Third, the Amelia Island community, especially Fernandina Beach. For a decade, we have known the McCarthy family of Fernandina Beach, and they have had open arms all these years and introduced us selflessly to their community, family and friends. We wouldn’t be here without them and we love them. They have allowed us to realize our creative vision of capturing this beautiful island on film.

And this kind of hospitality has been put forth by the other island residents. We are staying in two beautiful homes on and near the beach, thanks to the Coletti family and we have Nadine Vaughan heading up our casting in Florida and we have locations offered by some really lovely people and the police and fire departments are excited to be extras!! We thank them all. Hugs all around.

Fourth, the vendors. Another unbelievable amount of support is coming from our vendors. Panavision is giving us a 35mm camera package with their primo lenses. Why? Because they love the script and Phil Radin and Suzanne Lezotte are angels. Kodak is supplying the film stock and Canon is helping us with lenses and other equipment as we are filming on both 35mm and the Canon 1D Mark IV. On top of this, we have product placement deals allowing us to not have to spend money on drinks, etc.

And last but certainly not least, our family. Both the director and I left our significant others behind at home for the two months we are on the island. It’s incredibly hard to be apart and worse to know that we are spending money here, not making it — yet! The belief they both have in Sean and me keeps us going and we are working so hard to make the best film possible.

Publisher’s Note: Of course this was written before selecting the location for most of the anchor footage, which turned out to be ideally Oyster Bay Harbour and Yacht Club.Here is Developer Marc Footlik interviewing Jane after the footage is in the can and the wrap party done.