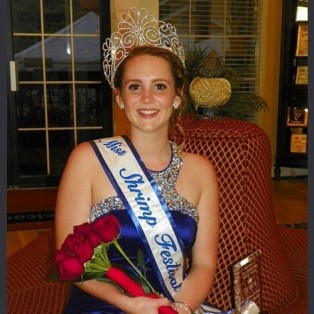 Applications are now being accepted for the Miss Shrimp Festival Scholarship Pageant, sponsored by the Historic Harbor Front Hampton Inn & Suites. Entrants must be high school level juniors and seniors currently attending public, private, alternative and home schools. Eligible participants must reside in Nassau County, Florida, but may attend high school in another county to enter. The winner will receive a $1,000 scholarship and the title of Miss Shrimp Festival. Scholarships will also be awarded to the First Runner-Up, Second Runner-Up, and Miss Congeniality.

Pageant contestant requirements include attending pageant rehearsals on Sundays, taking part in the Contestant Dinner and Interview held Wednesday, April 27th, riding on the parade float on April 28th, and of course, participating in the pageant on Friday evening, April 29, 2016. Russell Colburn of Fox 30 News will emcee the pageant.

The newly crowned 2016 Miss Shrimp Festival will need to be available for the entire Isle of Eight Flags Shrimp Festival weekend to make several appearances throughout the festival including the Little Pirate Contest, the Beard Contest and participate as a judge in the Best Decorated Shrimp Boat Parade on Sunday.

Applications are available at Nassau County high schools, or you may email Pageant Director Crystal Haney at pageant@shrimpfestival.com, or call (912) 674-3316.

For more information please visit the official website at ShrimpFestival.com.