A fishing trip went tragically wrong when a teen fishing near Fort Clinch slipped into turbulent waters. Here are the recent press releases: 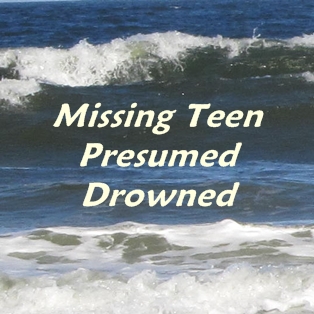 A fishing trip went tragically wrong when a teen fishing near Fort Clinch slipped into turbulent waters. Here are the recent press releases from the City of Fernandina Beach Police Department:

Press Release One
While patrolling the beach near Fort Clinch, a Fernandina Beach police officer happened upon a distraught and frantic group of men that reported a drowning incident that occurred just moments earlier.

Officer Mark Ocepek radioed for assistance at 4:32 PM and additional help arrived in the form of Marine Units from the Nassau County Sheriff’s Office, the Florida Water and Fish Commission, and the United States Coast Guard. Officer’s scanned the beaches and rock jetties, but the young victim could not be located.

At 6:30 PM the area was still being worked by the U.S. Coast Guard search helicopter and rescue vessel, as well as Fernandina Beach.

Caster Nova Gray, 17, of Nashville, GA was reportedly net fishing in shallow water near Fort Clinch when he apparently stepped into deeper water or the channel and immediately went under the water and did not surface. Gray reportedly could not swim, which was later confirmed by his mother when notified of this incident.

A companion, Hayward Collier, was close by and attempted to pull Gray to safety, but was affected by the strong current and was unable to pull Gray from under the water. Two others, Willie Frank Hallback, 61, and Greg Stewart, 15, also from Nashville, GA were present and interviewed by investigators on the scene.

Authorities are continuing the search for the victim.

Press Release Two
On May 30, 2013, seventeen year old Caster Nova Gray of Nashville, Georgia was fishing in shallow water off the bank of Fort Clinch when he apparently stepped into the deep water of the channel and was swept under water by the strong currents. Friends fishing with Gray made a valiant attempt to save him, however the strong water prevented them from bringing him to safety.

Immediately after the incident was reported, law enforcement officers from the Fernandina Beach Police Department, Nassau County Sheriff’s Office, Florida Fish and Wildlife Commission, Camden County Georgia Sheriff’s Office, Georgia Department of Natural Resources, and the United States Coast Guard searched the area in an attempt to locate Gray. Several law enforcement agencies continued to search from the shore, the air and by boat through Monday afternoon without any results. As the search progressed, the United States Coast Guard worked closely with the Fernandina Beach Police Department to provide information on recovery assessments based on the tides and current, using state of the art sonar technology and modeling software.

In addition to the comprehensive search, various law enforcement dive teams were consulted. However, due to the size and severe conditions of the channel, such as rip currents near shore, as well as known obstructions and poor visibility within the channel, it was deemed unsafe for divers to conduct a grid search.

Despite the official search being suspended, officers assigned to the area that patrol the beaches and ocean on a regular basis will continue be alert for any evidence that might lead to the recovery of Gray.